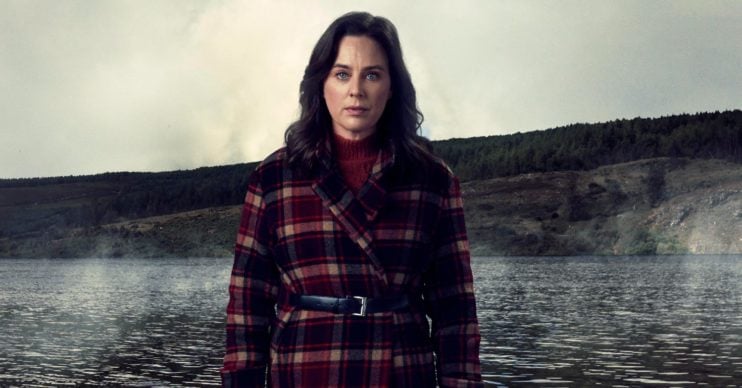 Jill has first-hand experience of losing someone close to her

Jill Halfpenny stars as a grief-stricken mum in new Channel 5 drama The Drowning, and she knows first hand how it feels to lose someone close after the sudden death of her long-term partner.

The actress portrays devastated mum Jodie, whose son Daniel is missing – believed to have drowned.

And she admits she channelled her own real-life grief into the role.

Jill Halfpenny partner: How he died

Jill Halfpenny partner: What has she said?

Talking about her role in The Drowning, the actress has opened up about channelling her feelings of loss into her role.

She told Love Sunday Magazine: “I haven’t experienced the same loss, but loss is loss and I believe people can grieve just as heavily over the loss of a relationship as of a person.

“And as I bring up feelings for the role, I think inevitably some of my own are going to come up as well.”

She added: “But some aren’t useful for the character and I have to figure out which are mine and which are Jodie’s.”

Jill didn’t open up about her grief for two years after her partner Matt’s tragic death.

She said: “It seems quite obvious to me that everything is interlinked. So when my partner died, I just made a decision to be with it, to invite it in, to let it crush me.

“Because pain doesn’t kill you. But I think denying pain can possibly lead you to darker places than if you just face the pain.”

Jill has described how her partner’s death felt like a “double loss” as it mirrored the circumstances of her father’s death in 1979 when she was just four years old.

Jill Halfpenny has one child from her marriage to Craig Conway.

In 2005, they appeared in the play The Bodies together.

They share a son called Harvey Reece, who was born in 2008.

After her divorce, Jill Halfpenny’s partner Matt became like a second dad to Harvey.

What else has Jill Halfpenny starred in?

Jill began her acting career at the age of 14, when she played Nicola Dobson in the BBC One children’s drama Byker Grove.

She went on to star in Peak Practice, Dalziel and Pascoe, Heartbeat and Coronation Street.

Jill is probably most famous for her role of Kate Mitchell in EastEnders.

She took part in Strictly Come Dancing in 2004 and won the competition with professional Darren Bennett.

Jill has starred as drama teacher Izzie Redpath in Waterloo Road, Emma in Mount Pleasant and Davina in Babylon.

In 2019, she portrayed mum Sam in Dark Money, who is horrified to discover her son has been sexually molested.

Jill has portrayed many roles on stage, too, including Roxie Hart in the West End musical Chicago.

Why did Jill leave EastEnders?

Jill portrayed Kate Mitchell in EastEnders from 2002 to 2005.

The character was introduced as a police officer sent to spy on Phil Mitchell.

After her cover was blown, she quit the police force, married Phil and opened a nail salon.

Her final scenes were broadcast in January 2005 after her character was axed.

A BBC spokeswoman said: “Jill’s contract has come to an end but that is no reflection on her as an actress, producers just felt there was nowhere left for the character to go.

“She won’t be killed off and the door will be left open for her to return.”

How old is Jill Halfpenny?

She is currently 45 years old.

The actress was born in Gateshead, Tyne and Wear.

Is she related to Chelsea Halfpenny?

Casualty star Chelsea is the daughter of Newcastle DJ Paula Halfpenny, who is Jill’s sister!

Who does Jill Halfpenny play in The Drowning?

Jodie has been rebuilding her life since losing her son nine years ago.

But when she catches sight of schoolboy Daniel, it threatens to up-end the life that she has carefully pieced back together.

She becomes convinced he is her missing son.

“I imagine losing a child has to be the most awful loss one could suffer, that seems very obvious to me. I think losing a child under circumstances where you do not fully know what happened is another layer of torture.”