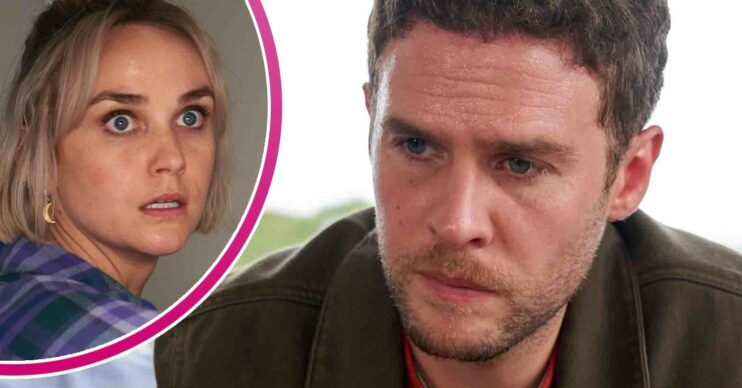 The Control Room ending: What happened in the final episode of BBC thriller?

Gabe's life was in danger until the closing seconds of finale...

The final episode of The Control Room on BBC One was a thrilling 60-minutes and we were rooting for Gabe all the way – so what happened in the ending?

The third and final part of the thriller answered all those nagging questions we’d had in episode one and episode two.

We finally discovered whether there was a body in the van, and what really happened on the Christmas tree farm all those years ago.

Here’s everything you need to know about The Control Room ending on BBC One.

***Warning: spoilers from episode three of The Control Room ahead***

The Control Room ending: Gabe was totally stitched up!

In the final episode of The Control Room on BBC One, we finally discovered that Gabe had been duped by his childhood friend Sam.

To be fair, we’d had some nagging doubts about Sam from episode one.

It was just TOO much of a coincidence that she’d called emergency services and recognised Gabe’s voice.

But it was still a shocking moment when Gabe realised he’d been mugged off.

We hadn’t guessed the reason Sam had tricked Gabe, though…

So, no, there was never a body in the van.

It was all a ruse to scare Gabe, and to deceive him into thinking he’d broken the law.

Then Anthony, the true villain of the series, had something to blackmail him with.

Of course, the whole scam relied on Gabe’s feelings for Sam, and the childhood they’d shared.

So how and why did Anthony and Sam scam Gabe?

In The Control Room ending, Gabe discovered that Sam had called emergency services THREE times on the fateful night in episode one.

Each time, she’d called from a different number and hung up when Gabe didn’t answer.

So she had been searching especially for him.

Leigh told Gabe: “The police think someone is playing with you, and so do I.”

And indeed they were…

Gabe ran to check the van – which he’d collected from the police impound with false documents – and there was no body in the back.

He chased Sam to her flat, where he found out the truth.

Sam was in a seemingly abusive relationship with Gabe’s colleague Anthony.

She told Gabe: “I tried to help him.

“I was dropping him off at work a few weeks ago. And there you were.

“I told him what went on between us when we were kids.”

There the plan hatched to dupe Gabe, and blackmail him into doing Anthony’s dirty work.

Who was Anthony working for in The Control Room ending?

Sam explained to a shocked Gabe who Anthony had been working for.

She said: “Every accident, every emergency, every call you take has a value.

“There are people out there who will pay for that information.

“Lawyers can use names, and addresses and who saw what.

“And it’s scary [bleep] guys behind it.”

Anthony was working for an organised criminal group.

In debt, he hoped it would pay his debts.

But he only got deeper and deeper into doo-doo, and became more desperate.

He’d even got his colleague Danni involved, and she was subsequently arrested.

What happened to the money?

The money hadn’t been missing at all!

Gabe had put the money – in his own rucksack – in Anthony’s locker.

Leigh later saw Gabe’s rucksack in Anthony’s locker and put it BACK in Gabe’s locker.

Let’s not worry about why she was snooping in Gabe’s locker to begin with.

Gabe and Leigh’s tenuous relationship was a necessary but sometimes distracting sideplot.

By the time the money was found, Gabe had decided to keep it in the hope of persuading Sam to start a new life with him.

However, Sam led the organised crime gangster and Anthony to where she knew Gabe would be – in their little hut in the middle of the Christmas tree farm.

After very tense scenes with Gabe and Sam hiding from Anthony and the crook in the trees, the police showed up.

Sam had called DI Breck to the rescue, and the gunman was arrested.

However, viewers did not discover the fate of Sam or Anthony.

Although Gabe walked away unharmed…

The Control Room ending: What really happened when Gabe and Sam were children?

In the final episode of The Control Room on BBC One, viewers discovered that Sam had started the fire all those years ago in the hut.

She was responsible for the flames, which killed Robbo’s dad.

Gabe took the blame, partly to protect his friend.

But also because he knew he’d be believed – he’d tried to burn down his old school when his mum was first sick.

We also discovered the significance of Gabe’s saying: “I’ll hold a good thought for you.”

He told Sam: “My mum used to say ‘I’ll hold a good thought for you’ when things were bad.

“It was the last thing she said to me before she died.”

After the cataclysmic events, Gabe is finally ready to confront his past and his mum dying.

The closing scenes of the three-part thriller saw Gabe knock on his dad’s door.

The pair embraced in a heartbreaking moment.

But what happens in the future between Gabe and Sam we’ll never know.

The ending was left open.

Will there be a second series of The Control Room on BBC One?

BBC One has not confirmed a second series of The Control Room, which was inspired by a true story.

But if there is one, we’d watch it.

If only to see Iain De Caestecker’s brilliant portrayal of Gabe.

He was excellent as the out-of-his-depth ordinary bloke in the The Control Room cast.

The Control Room is currently available to watch on BBC iPlayer.

What did you think of The Control Room on BBC One? Leave us a comment on our Facebook page @EntertainmentDailyFix.