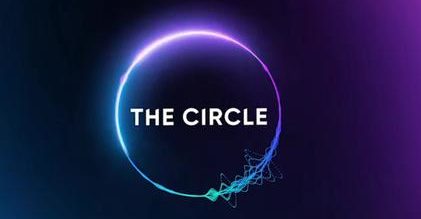 It's fronted by the lovely Emma Willis

Fans of The Circle rejoice! It’s been revealed that the show is set to make a return to Channel 4.

The reality TV show, which is presented by Emma Willis, features contestants living separately in an apartment block.

They interact with each other through a specially-designed social network and rate each other as the show progresses.

Oh, and we’re also bringing you a celebrity version as well!

But that wasn’t all, as fans of the show can also expect a celebrity series, which will air in aid of Stand Up to Cancer.

The next series of the hit show will be the third overall.

Not what they seem

However, contestants are not always exactly what they seem.

They can choose between competing as themselves or hiding behind a fictional character, which they create.

Former This Morning host Richard Madeley pretended to be a 27-year-old woman named Judy when he appeared on the show.

However, the contestants booted him off for being unconvincing.

Woody Cook also took part as himself, but withheld the identities of his famous parents Zoe Ball and Norman Cook, aka Fatboy Slim.

Bosses have not yet revealed who is going to be in the celebrity Circle.

The first season of The Circle, which was presented by Maya Jama and Alice Levine, was won by Alex Hobern.

He imitated his girlfriend Kate and used her pictures to walk away with a £50,000 prize.

Alex was also voted the viewers’ champion, taking home another £25,000.

Oh, and we’re also bringing you a celebrity version as well for @SU2CUK 🤩

He played the game as himself, but didn’t tell anyone about his cerebral palsy.

And, if you fancy taking part in the series, then you’re in luck.

Wannabe contestants can apply to be on the main series from now.

With 12 weeks of lockdown under our belts, Brits have certainly had a lot of relevant practise!

Will you be tuning in? Go to our Facebook page @EntertainmentDailyfix and leave a comment to let us know what you think.