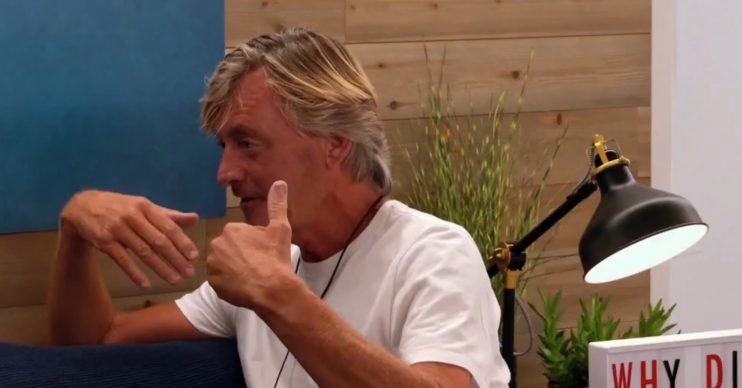 The Circle: Richard Madeley booted off the Channel 4 reality show

It was a very gracious exit

For almost a week broadcasting legend Richard Madeley has had to pretend he was a 27-year-old woman called Judy in crafty social media-based reality show The Circle.

But, before he left the apartment block, he went to visit one of the players, and it all ended in tears.

After a week of hilarious tasks voted for by the public, it was time for Richard, 63, to say goodbye.

As a last hurrah, he was granted the power to give another player immunity, and he chose Georgina.

When he knocked on her door and introduced himself, he also explained everything.

Seeing Richard enter her apartment, she screamed:”I didn’t think you were Judy. My mum loves you guys. She always speaks about you guys. My mum is going to die when she knows I’m on the sofa with you.”

Richard went on to explain that he had been asked to lie but now he was “off the leash”.

He admitted that the only time he had been truthful was when he was talking to Georgina after she had opened up about suffering from Crohn’s disease.

“Our conversation was totally real. It wasn’t for effect and I wasn’t telling fibs,” he told her, holding her hands.

“Everything I said to you about your [ileostomy] bag and your bravery and wearing it and putting it on camera was completely genuine.

“It’s the only genuine thing I’ve done all week. And it’s the bravest thing I’ve ever seen.”

With that Georgina shed tears and said “that means so much”.