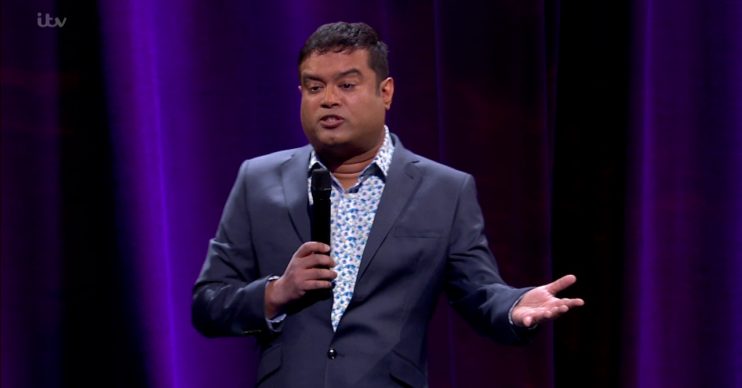 EXCLUSIVE: The Chase’s Paul Sinha calls Gemma Collins one of the worst people he’s ever met

The Chase’s Paul Sinha has described Gemma Collins as one of the worst people he has ever met in his life.

The comedian told an audience during a stand-up routine that she was “rude”, unfriendly and self-interested when he met her last month.

Appearing at the Watersmeet Theatre in Rickmansworth, Herts, Paul described his impressions of Gemma during the filming of Celebrity Catchphrase.

The special edition of the show, hosted by Stephen Mulhern, aired on August 31 and saw Paul appear alongside the reality TV star and Strictly professional dancer Anton Du Beke.

But, Paul told the crowd, the smiles dropped when the cameras stopped rolling.

Appearing at the small venue to practise new material, he said: “Gemma Collins is one of the most horrible people on the planet.

“She demanded we call her The GC, and was one of the rudest people I have ever met. She refused to speak to Anton and I when the camera’s weren’t rolling.”

Paul, recently crowned British Quiz Champion, continued: “There was a moment which was really exciting as Anton was at the point where he could double the money for our chosen charities.

“I looked over at Gemma, and she wasn’t even paying attention. She hadn’t been watching. She was on her phone.”

Paul then told the laughing audience that he was left incredulous when Gemma couldn’t remember the name of her chosen charity.

He said: “You’re not going to believe this, but it took Gemma 30 takes to get the name of her chosen charity right. It was Haven House Children’s Hospice, but she couldn’t get it.”

During the 45-minute show, Paul also discussed his role as a chaser on The Chase and his relationship with fiancé Oliver, a fellow quizzer.

He told the audience he had spent years planning the way he would tell his Indian parents that he was gay.

However, he admitted the big reveal was spoilt when a friend of his phoned his mum and shouted down the phone: “Your son is a poof.”

The 49-year-old also discussed his ongoing battle with Parkinson’s.

Did you watch Paul Sinha on Celebrity Catchphrase? Leave us a comment on our Facebook page @EntertainmentDailyFix and let us know what you think!