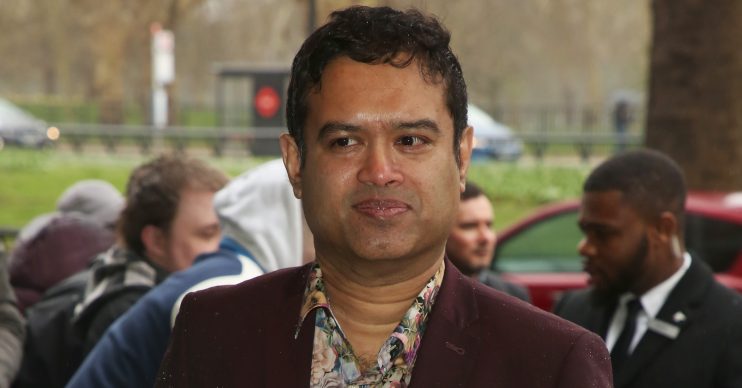 Paul Sinha from The Chase has recently revealed that he spent two hours weeping in a room.

But don’t worry, they were happy tears for the quizzing fave… although tinged with some sadness.

Paul, 49, poured his heart out in a recent blog post as he explained that he had been crowned British Quiz Champion.

The longed-for accolade is bittersweet as Paul believes this year might well have been his last shot at it, due to his Parkinson’s.

“I retired to another room and wept for two hours,” he wrote.

“The weeping. It had nothing to do with Parkinson’s. Although I am realistic enough to know that this was probably my one big shot at a major title.

“It had everything to do with the fact that I have worked my bloody arse off for the last ten years, travelling around the country and indeed Europe just trying to compete, enjoy and improve.

“Despite operating at a high level for a number of years, I still field tweets telling me I’m [bleep] at quizzing on a regular basis, and it is so wearying when any kind of honest response makes me sound like a self-aggrandising twit.

“The Chase is a TV show. It’s not real life. In real life, I quiz for self-improvement, and the respect of a peer group whom I treasure. It isn’t remotely glamorous. It is gloriously fun.

“And you hope, against hope, that just once, the stars will align, and it will be your day.

“For the next 12 months, I’m the British Quiz Champion. Parkinson’s will not be able to take that away from me.”

Read more: The Chase’s Paul Sinha makes light of Parkinson’s blow as he opens up about diagnosis

Paul announced that he had Parkinson’s disease back in June.

He shared the devastating news in a blog post which he posted to his fans on Twitter.

I have Parkinson’s disease. I will fight this with every breath I have. https://t.co/csp72zZmGQ

He wrote: “On the evening of Thursday May 30th, an experienced consultant neurologist calmly informed me that I had Parkinson’s disease.”

However, he was keen to stress that he didn’t want to be treated any differently after his diagnosis.

Love you Paul, and hope you will be in the running to defend your title next year.