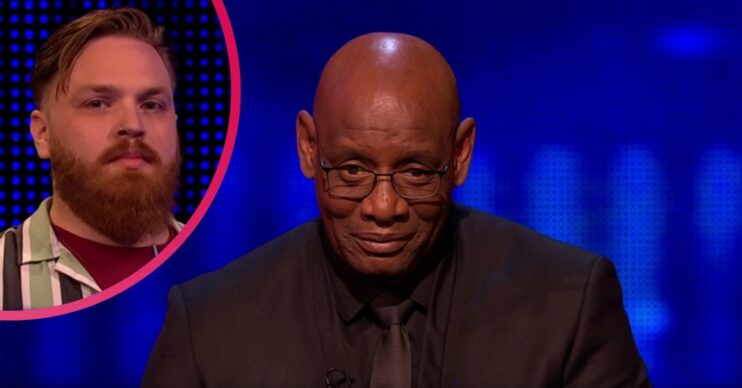 The Chase fans were left speechless after one player, Kieron, insulted Chaser Shaun Wallace on the show.

Kieron claimed that he wanted to face Shaun because he was the “worst Chaser” on the game show.

And it’s safe to say that the comment didn’t go unnoticed by Shaun and everyone watching at home!

Kieron was the first contestant to take on the Chaser yesterday (April 13), after already racking up an impressive £5,000 in his cash builder.

The player was unaware of which Chaser he’d be facing, but host Bradley Walsh was keen to hear who he’d most like to face off against.

Read more: Does This Morning host Phillip Schofield have a new partner?

Viewers couldn’t believe their ears when he admitted he wanted to take on Shaun Wallace, aka The Dark Destroyer, because he’s “statistically the worst”.

It’s no surprise that after Kieron’s brutal blow, Shaun was the Chaser to emerge from backstage and face off against the player.

I backed it after he called me a useless Chaser.

Taking to his seat, Shaun sternly said: “He’s right. He’s not wrong. Let’s get on with this.”

Read more: Who is in the cast of Coronation Street 2022?

Unfortunately, Shaun was unable to catch Kieron and he made it to the Final Chase with £5,000.

After his loss, Shaun later said: “I backed it after he called me a useless Chaser.”

Bradley tried to defend Kieron but Shaun hit back: “He basically implied that.”

The Chase fans rage at player

Fans of the gameshow were furious by Kieron’s comment and fled to Twitter to rage at the contestant.

One viewer tweeted: “Knock him out Shaun for his comment! #TheChase.”

Someone else added: “I hope Shaun annihilates them today because of that #TheChase.”

Another defended Shaun’s performance on the show: “Not bad knowledge for someone who’s meant to be the worst #TheChase.”

Indeed… fast-forward to the end of the show and Shaun did what all the Chasers do best. He wiped the floor with the team, sending them home with zilch!

What did you think of Kieron’s comment against Shaun Wallace? Head to our Facebook page @EntertainmentDailyFix and let us know.