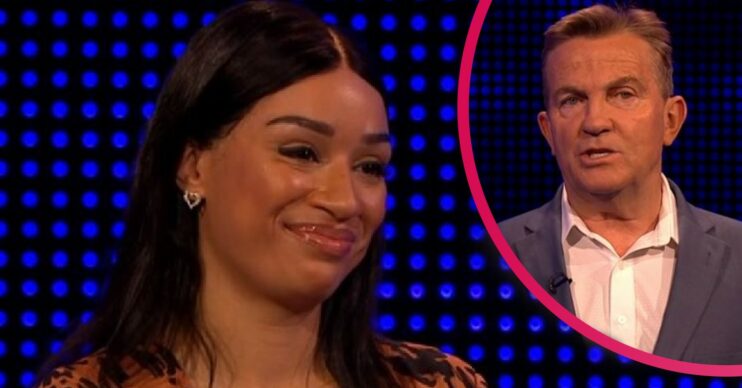 Elise faced the Chaser on her own last night

The Chase contestant Elise left viewers distracted last night with her appearance on the show.

The player appeared on Tuesday evening’s programme as she and the team tried to beat Chaser Shaun Wallace – aka The Dark Destroyer.

However, it was Elise who caught viewers’ attention as they gushed over her on Twitter.

Elise on The Chase

During last night’s show, Elise bagged £4,000 in her cash builder.

She made it back to the team, adding the £4k to the final amount.

Unfortunately for Elise though, her teammates didn’t manage to beat the Chaser and she was left alone in the final chase.

Elise, did really well on her own. Well done, girl!

Elise went head-to-head with The Dark Destroyer in the final round, bagging 12 steps ahead of him.

However, he beat her with 15 seconds left on the clock.

Shaun said: “That was a great performance but I’m really disappointed in myself because I was trying to play the perfect game.

“I didn’t get a question wrong in the head-to-heads and I was trying to get all 12 right.”

Viewers praised Elise on Twitter as one said: “Respect to Elise. Those questions were really tough.”

Antoher added: “Elise did really well on her own. Well done, girl!”

But others were just distracted by her looks and gushed over Elise.

One said, “How beautiful is Elise?” while another tweeted, “Omg elise is so pretty”.

A fourth wrote: “Elise is quite a looker tbf!”

The Chase continues on ITV, today, at 5pm.