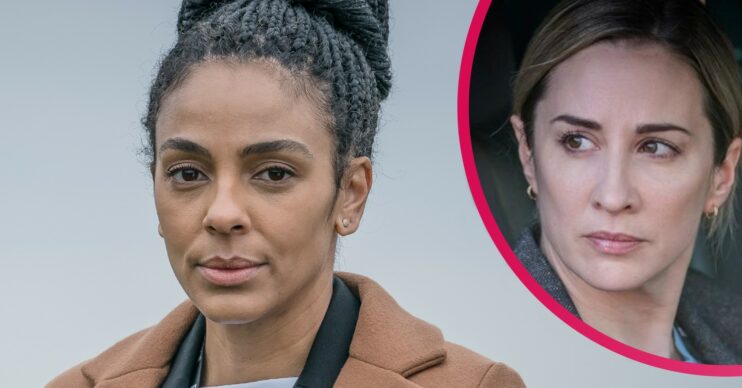 The Bay series three on ITV1: How many episodes is it, what’s it about and what happened to DS Lisa Armstrong?

The Bay returns with series three this week – and there’s a brand new Family Liaison Officer in town.

But what happened to Morven Christie’s DS Lisa Armstrong?

How many episodes is The Bay series three, and what’s it about?

Here’s everything you need to know about the new series on ITV1.

The Bay series three – what’s it about?

The Bay series three returns to the seaside resort of Morecambe Bay.

However, there is one big difference – DS Lisa Armstrong has been replaced by DS Townsend as Morecambe’s new Family Liaison Officer.

DS Townsend finds herself immediately thrown into the deep end when a body is found in the bay on her first day in the job.

She must get under the skin of a grieving and complicated family if she has any chance of solving the premature death of an aspiring young boxer.

Jenn must also attempt to fit in with boss Manning and the rest of the team who are her new colleagues.

At the same time, she has to  navigate her own blended family, who are struggling to settle in their new environment.

ITV’s Head of Drama, Polly Hill, said. “We look forward to the audience meeting DS Jenn Townsend, played by the fantastic Marsha Thomason, who joins the team in series three.”

How many episodes is The Bay series three?

Each episode is one hour long, including ad breaks.

Viewers can expect to see the series conclude on Wednesday February 16 2022.

Actress Morven Christie announced she would be leaving The Bay and her role as DS Lisa Armstrong at the end of series two.

The last series ended with Lisa Armstrong seemingly at peace.

She was back on top at work, and single again after kicking her no-good ex to the kerb.

However, ITV told us that Morven Christie made the decision to leave the show and not return for series three.

Morven has made no announcement about her reasons, although she did hint at problems behind the scenes.

On February 10 2021, after the devastating death of Lisa’s colleague Med on screen, actress Morven posted a cryptic message on her official Instagram page.

Sharing a picture of actor Taheen Modak in character as Med, Morven wrote: “Day one til the end. So honoured to have spent my two seasons on The Bay with this guy, from fresh out of college to smashing it like an old pro.

“My partner, my pal, this big souled lil king.

“They should never have let you go, but that’s for another day. Now you get to go build your kingdom – and I’m right behind you pal. We did it. @taheenmodak.”

However, Morven did go on to thank writer Daragh Carville.

She wrote: “Bye Lisa. You were a gift. Thank you Daragh Carville, thank you beloved @leehavenjones for bringing me in, and biggest love EVER to the crew who had my back and have my heart.”

Who has replaced Lisa Armstrong in The Bay?

Marsha has found success in the States, but made her name in UK dramas including Playing the Field, Where the Heart Is, and Prime Suspect.

Who’s in the cast of The Bay series three opposite Marsha Thomason?

He’s perhaps best known for his role as the overbearing dad in Billy Elliot, Robertson in Vigil, and Thorold in His Dark Materials.

Are you excited to see Marsha Thomason’s debut as DS Jenn Townsend? Leave us a comment on our Facebook page @EntertainmentDailyFix.