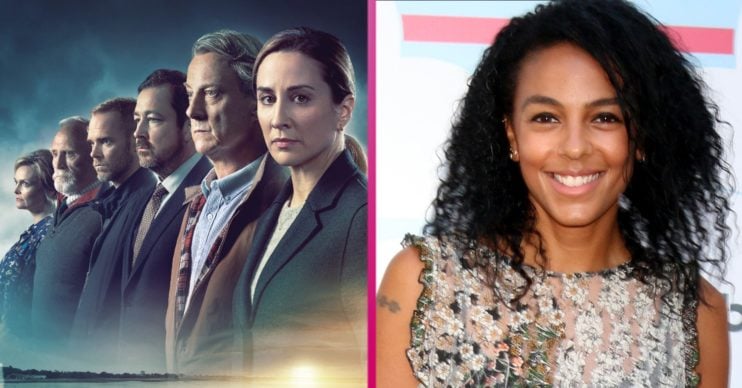 The actress is photographed in her new role, after replacing Morven Christie

ITV has released exciting news about the upcoming third series of The Bay, including the guest cast.

The channel has provided a first look image of Marsha Thomason as DS Jenn Townsend.

They have also announced that Traces star Vincent Regan and Scottish actor Gary Lewis will appear.

Who has replaced Morven Christie in The Bay?

Viewers will recognise Marsha from Cobra and White Collar.

This follows Morven Christie‘s decision to leave the show.

DS Townsend is thrown into the deep end when a body is found in The Bay on her first day in the job.

The premature death of an aspiring young boxer is her first case to crack.

She must get under the skin of a grieving and complicated family if she has any chance of solving the crime.

While she’s eager to give the family answers, she also needs to prove herself as the team’s newest recruit.

The pressure is multiplied when her new blended family struggle to settle in Morecambe.

Is a fresh start as simple as moving to a different town?

Read more: The Bay’s Morven Christie: Why has she quit as Lisa Armstrong and what’s she in next?

Who guest stars in The Bay series three?

He’s best known perhaps for his roles in Billy Elliot and His Dark Materials.

Who is returning from series one and two?

She said: “We are delighted with the audiences’ response to The Bay and look forward to them meeting DS Jenn Townsend played by the fantastic Marsha Thomason, who joins the team in series three.”

The Bay will return to ITV. Series two is currently available to watch on the ITV Hub.