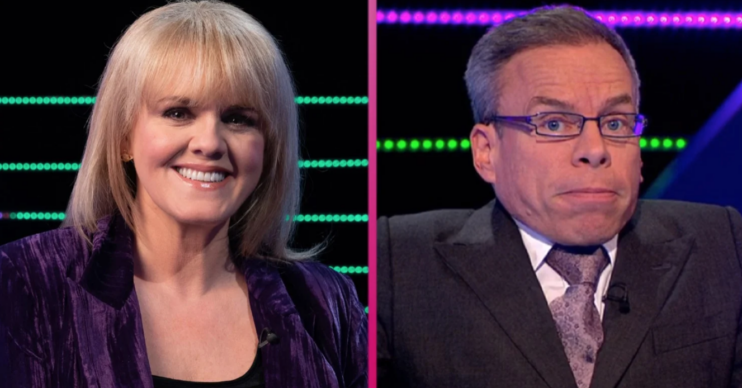 Tenable returns to ITV but where is Warwick Davis and when is he back?

Quiz show Tenable is back on ITV, but long-time host Warwick Davis is still nowhere to be seen.

The 52-year-old presenter has been taking an extended break from the show, with actress Sally Lindsay taking the reins as host.

The show, which will air today (May 2), sees contestants compete to get a prize by answering questions to fill in lists.

Where is Tenable host Warwick Davis?

Host Warwick Davis has been the presenter on the popular ITV show ever since it began in 2016. However, recently he’s stepped away to focus on other commitments.

A date for the actor to return to the programme has not yet been confirmed.

However, ITV has confirmed that Sally is presenting 25 episodes of the programme, so Warwick could be back in the hosting seat after Sally’s current run is up.

A spokesperson for ITV previously told ED! that any info on further series of Tenable will be provided “in due course”.

Warwick confirmed he’s working on another project to fans on Twitter and teased fans that the comedy would be better with Sally at the helm.

Speaking on social media, he wrote: “Sally is stepping into my hosting shoes for a run of shows while I’m in pre-production for another project.”

Writing further, he quipped: “With this change, you can be assured of two things – the jokes won’t be as bad and the show will have a touch more glamour! Thanks for your continued support.

Who is presenting Tenable now?

Former Coronation Street actress Sally Lindsay has stepped up to be the host whilst Warwick Davis is absent. The 48-year-old was a smash hit with the viewers when she took over.

However, she did still reach out to Warwick for some friendly advice. Sally shared: “He said just be in tune with the people, it is the public who make this show what it is.”

And for Sally, the new presenting role is a dream come true as she already adored the show: “I’m a huge fan of Tenable and am delighted I’m able to share the presenting responsibilities with Warwick.”

She added: “The demands of his workload meant that he wasn’t able to record every show in the series.” Good news for Sally!

A self-confessed fan of quizzes, Sally admitted that she’s often shouting at the television when quiz shows are on. However she revealed it’s harder than it looks!

In an interview, she joked: “It’s so easy at home. And if I know an answer it’s so hard not to blurt it out!”

She continued: “We have had loads of Zoom quizzes [during lockdown], but I can’t wait to do it in the pub again!”

Tenable will be shown on Bank Holiday Monday (May 2) at 4pm on ITV.