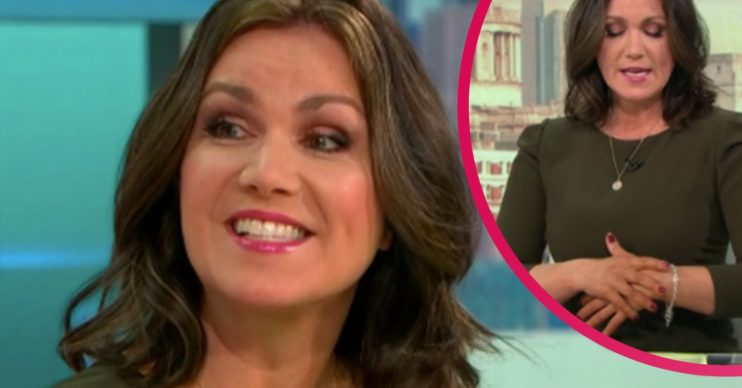 We've all been THERE!

The journalist clearly enjoyed a trip to the salon over the weekend.

Of course, lockdown restrictions have just been eased so that haircuts are now allowed.

And we don’t blame Susanna for taking advantage.

Her GMB co-host Adil Ray gushed over how much he loved her new look.

But first Susanna told him off for not complimenting her sooner.

In his defence Adil said: “I was coming to that! I didn’t want to start off with the hair!”

Read more: Oti Mabuse confirms when she is leaving Strictly

He then added: “You look fantastic!”

A still peeved Susanna replied: “Thank you very much! But I forced you to say it.”

Exasperated, Adil reassured her with: “I genuinely noticed in the meeting this morning that you’ve had highlights.

“I don’t think I’ve seen those before…”

Susanna butted in with: “And lost about four inches…”

That feeling when you finally get your hair done 💇‍♀️😍@susannareid100 We love your hair! pic.twitter.com/Qc2tuzHmoB

“I got my haircut last week, it had to be done or else it would have been down to my shoes. Anyway as always Susanna, truly a very beautiful women indeed.”

And a second user raved: “Beautiful it suits you – shorter & highlights.

“My mum was a professional hairdresser. As she said… if your hair is neat and tidy it doesn’t matter what clothes you wear. You are sophisticated and classy.”

However, other viewers accused Susanna of suffering from a fake tan ‘fail’.

Indeed it did appear that the back of her hands were unusually darker.

One user ranted: “Too much fake tan on hands. Plus stop waffling on, just give question, so annoying.”

Another viewer claimed: “Got her tan done as well, fake tan hands.”

And a third user asked: “Has Susanna over done the fake tan? She’s got brown hands.”