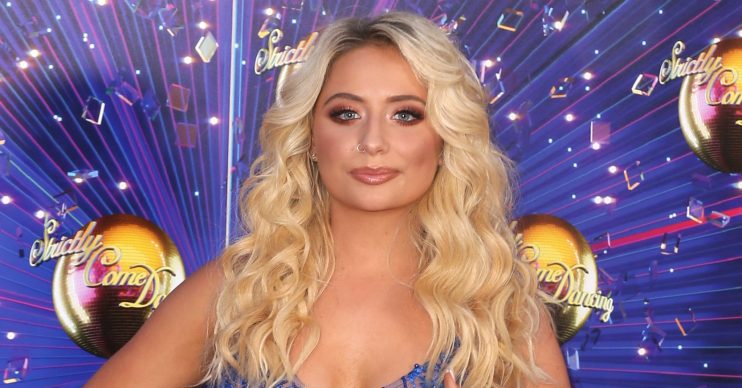 She watched her first performance on the show

Saffron Barker has revealed her shock over accidentally flashing her bum during one of her Strictly Come Dancing performances.

The YouTuber posted a video to her channel recently as she and her professional dance partner AJ Pritchard watched their first performance during week one.

The pair danced the Tango to Meghan Trainor’s song Lips Are Movin and bagged 27 points out of 40.

In a video shared to her YouTube channel, which has 2.2 million subscribers, Saffron was horrified after realising she flashed her bum during the routine.

As they watched the performance, Saffron told AJ: “But I held my dress and ran up the stairs. Then my whole bum cheek was out,” referring to the moment she lifted her red dress while climbing up the stairs.

AJ admitted: “I didn’t notice that until now.”

Saffron added: “You can see the proper granny knickers coming out. You know what, just embrace the moment.”

The pair were recently forced to hit back at Strictly ‘curse’ claims after photos emerged showing Safron with her arms around AJ’s neck and AJ with his arms around Saffron as they left rehearsals.

A rep for Saffron said: “AJ and Saffron are great friends and have been training really hard for their performance on Saturday evening – this is clearly only what these pictures show.

“They are loving the competition and cannot wait to perform their Cha-Cha to the Nation.”

Let me take the photo @curtispritchard12 .. 😘

Read more: AJ Pritchard rubbishes Strictly curse and says he’s in it for his ‘love for dance’

During an appearance on Good Morning Britain, the dancer said: “For me, the love for dance, I throw everything into that side of it.

“My girlfriend Abbie [Quinnen], she’s a dancer as well, she goes away and does her dancing. She understands the long hours and the hard work, and we always want the dance on Saturday, the Tango, to be the best that’s possible.