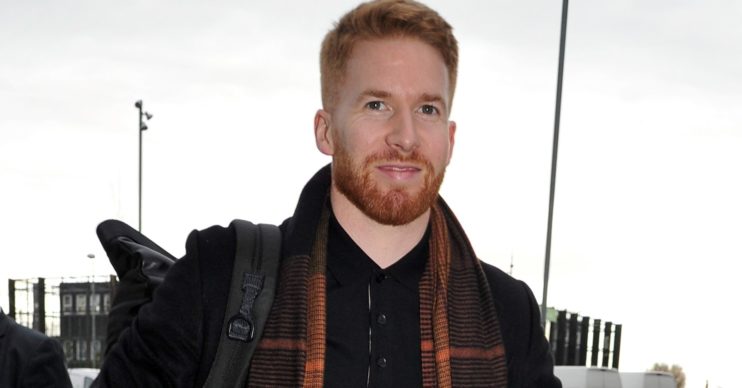 Strictly Come Dancing professional Neil Jones says he would like to partner a wheelchair user in the next series of the hit BBC show.

Production of the show is on hold while bosses work out how they can film while meeting social distancing rules. But Neil is hopeful it will return – with major changes in place.

What did Neil say?

“I did say this year that I’d be really up for if they brought in like wheelchair dancing or someone hard of hearing, or something like that,” Neil told Fubar Radio.

“It’s been great that we’ve had a lot of Paralympians but I think there’s a lot of areas that we could then move into. To basically say to everyone, you can all dance.”

Neil also discussed the possible return of Strictly, saying there will be a meeting to update the professional dancers soon. But nothing has been decided yet.

He did, however, say he thinks he show will go ahead.

“It’s going to be pretty hard to dance with someone two metres away.

“I think we’re going to have a meeting soon and then we’re just going to find out what’s going on.”

Neil went on to say that the country needs a bit of sparkle back in these tough times of coronavirus.

“I think it’s one of these shows where the country needs it,” he said.

“Even if we’re still stuck in isolation, the country wants to see a TV show like that.”

As well as his request to include wheelchair users on the show, Neil addressed calls for Strictly to feature same-sex couples like Dancing On Ice did last series.

He revealed the stars of the show are ‘all up for it’.

“I think with Strictly, they don’t ever want to make it about that,” Neil explained.

“They don’t want to turn around to people and say, ‘we’re doing it because people say we need to do it’.

Here’s hoping for the return of the Glitterball trophy soon!