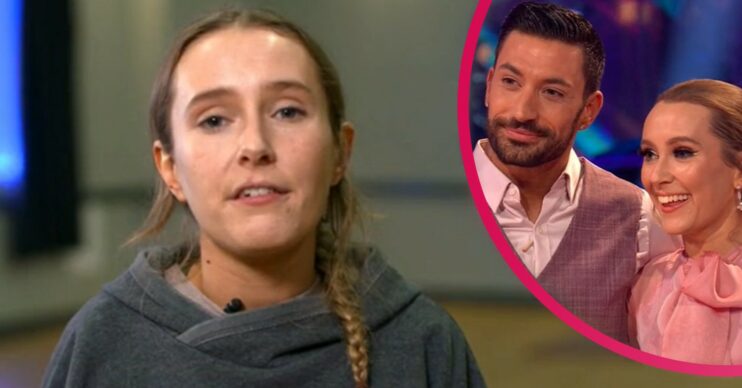 The BBC wants to keep her!

Strictly Come Dancing star Rose Ayling-Ellis is reportedly being lined up to take the lead in a drama based on a deaf character.

The EastEnders actress could be presented with a new project after her success on Strictly as well as returning to the soap.

According to a report, the BBC is “keen to ensure” that Rose “takes her next step with the corporation” rather than another broadcaster.

A source has told The Sun: “Rose has already shattered so many stereotypes during her time on Strictly and execs will be keen to see that continue once the show has ended.

“Although she is committed for the foreseeable future to EastEnders, that doesn’t mean that she won’t be looking at her longer term prospects.”

They added that Rose’s profile has soared “as a result of sailing into” the Strictly final.

The insider concluded: “And the BBC will be keen to ensure that she takes her next step with the corporation, rather than with another broadcaster who could be keen to sign her up.”

ED! has contacted reps for the BBC for comment.

Meanwhile, tonight Rose will go up against John Whaite in the final.

On Friday, AJ Odudu was forced to pull out of the final due to an injury.

According to bookies, Rose is the current favourite to bag the Glitterball trophy with her professional partner Giovanni Pernice.

Betfair has their odds placed at 1/20.

John and his partner Johannes Radebe are at 8/1 to win.

Last night, Rose and Giovanni appeared on Strictly’s spin-off It Takes Two to discuss being in the final.

The pair became emotional as Giovanni paid tribute to Rose, calling her the “most beautiful thing that ever happened in my entire life”.

He added: “I’m very grateful and very privileged to be the one able to do the journey with you. So, thank you.”

Giovanni also said: “Personally I think Rose deserves the most beautiful things in the world.”

The Strictly final airs on BBC One, tonight, from 7:10pm.

Who do you want to win Strictly? Leave us a comment on our Facebook page @EntertainmentDailyFix and let us know.