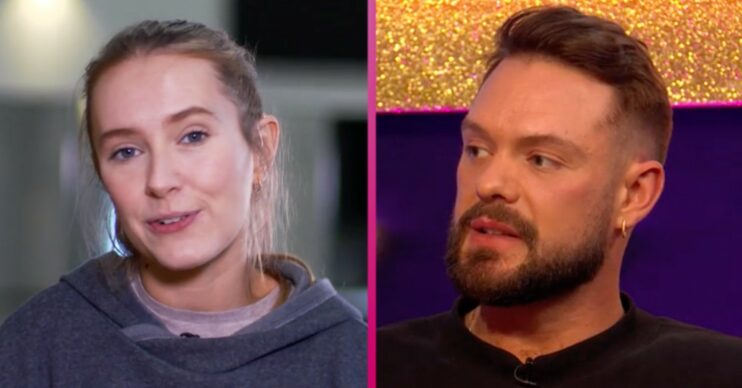 But what about viewers in Wales, Scotland and the Midlands?

That’s according to a tabloid report which claims Strictly viewers across the country will be split.

The Sun reckons fans in the north of England will back John and Johannes Radebe following AJ Odudu‘s withdrawal.

Strictly Come Dancing final 2021: Why will it ‘divide English viewers’?

A TV insider has reportedly indicated to the newspaper that regional support is a significant factor.

It will be the first final in 12 years to feature just two couples. The last time two couples were in the Strictly final was in 2009, when BBC Breakfast host Chris Hollins beat Ricky Whittle.

However, The Sun suggests EastEnders actress Rose – who dances with Giovanni Pernice – benefits  from a “southern vote”.

And after AJ’s shock exit due to injury, the news outlet reckons her backing will transfer to fellow Lancastrian John.

‘A clash of the titans’

An anonymous source apparently believes where the celebs are from will affect how much support they pull in.

They said: “The regional vote has a massive effect on the success of contestants on TV contests, and never before has there been two people in the final with such a clear geographic divide.

Never before has there been two people in the final with such a clear geographic divide.

“There’s a strong sense that this is a clash of the titans, as both Rose and John are incredible dancers who will now go into the final neck-and-neck with voters.

“AJ’s exit was a tragedy for her. But getting the votes she’d have received from northerners is likely to be the last-minute surge John needed to put him in reach of the Glitterball.”

Rose and Giovanni remain the favourites to win with the bookies.

According to Betfair, they are a dead cert at 1/20.

John and Johannes meanwhile are priced at 8/1 to win.