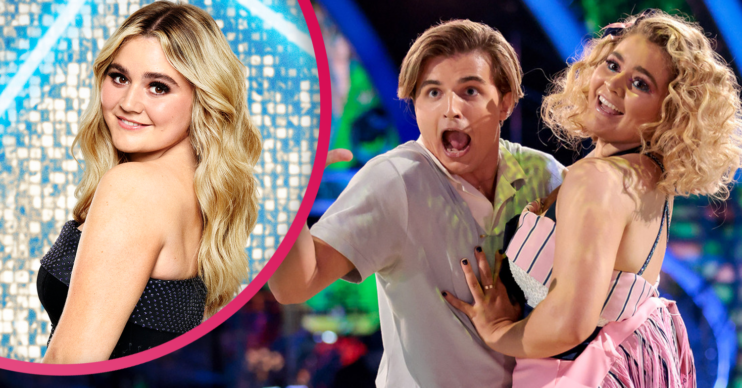 She's throwing her support behind the pair

Tilly and Nikita have been hitting the headlines since being partnered up on the show, with the judges and viewers alike commenting on their chemistry.

Earlier this week his girlfriend Nicole Wirt deleted her messages of support and posted a cryptic message in its place.

Strictly: What did Nicole say about Tilly and Nikita?

And it seems Nicole, who was watching at home, was also impressed.

So much so she posted a message of the support to the couple on her Instagram Stories.

She reposted two sets of pictures of the pair together after their dance.

On the second post she called the couple “cuties” and urged her follows to vote for them.

“Go and vote for these cuties.”

She also tagged both Nikita and Tilly in the post.

Who is Nikita’s girlfriend?

The couple appear to have been together a while, and have even danced together in competitions.

The pair have made their relationship public on Instagram by sharing cute couple photos as well as videos of them dancing together.

Nicole is based in Frankfurt, Germany, so it’s not known if she’ll be part of the studio audience for his debut Strictly season.

The dancer posted a couple of cryptic messages earlier this week, which some have linked to Tilly and Nikita’s closeness.

On Instagram, she shared a picture of a lonely figure with no support next to a mass of bodies eager to offer congratulations.

Nicole captioned it: “Don’t get fooled… It be like that.”

She also shared a post that said: “Overthinking never lead me anywhere good…”

This came after her earlier supportive message to Tilly and Strictly pro Nikita was deleted by Nicole.