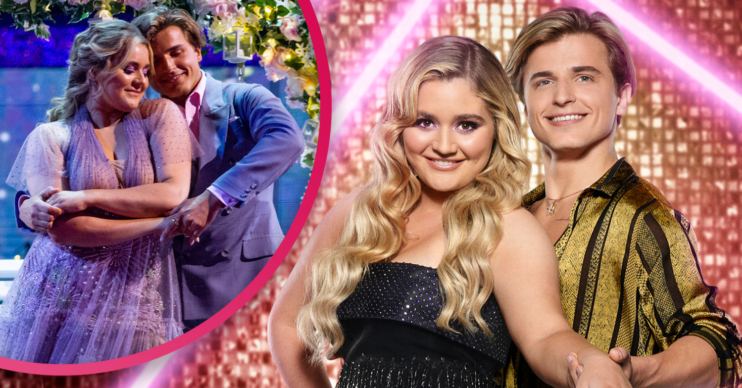 Strictly news: Who is Nikita Kuzmin’s girlfriend and why did she remove post of support for Tilly Ramsay?

Tilly and Nikita have fallen victim to Strictly curse rumours

With their Strictly pairing making news headlines, Nikita Kuzmin’s girlfriend could be forgiven for being a little worried about the show’s so-called curse.

New pro Nikita is paired with Gordon Ramsay’s daughter Tilly and already the pair have been hit by romance rumours.

He apparently spent the evening at her flat, and dad Gordon has even warned him off dating his daughter.

So what does Nikita’s girlfriend think of it all?

Nikita, 23, is a six-time Latin and Ballroom National Champion from the Ukraine.

The couple appear to have been together a while, and have even danced together in competitions.

The pair have made their relationship public on Instagram by sharing cute couple photos as well as videos of them dancing together.

Nicole is based in Frankfurt, Germany, so it’s not known if she’ll be part of the studio audience for his debut Strictly season.

What has Nicole shared on social media?

Posting images of their waltz, Nicole decorated the pictures with hearts.

On the pictures she wrote comments such as “mesmerising” and “cheering for my favs”.

However, the post has since been deleted. And, since pictures of Nikita at Tilly’s flat emerged, the tone has definitely changed.

Instead, she’s made a few cryptic posts.

She shared a picture of a lonely figure with no support next to a mass of bodies eager to offer congratulations.

Nicole captioned it: “Don’t get fooled… It be like that.”

She also shared a post that said: “Overthinking never lead me anywhere good…”

On TV insider told The Sun: “Nicole’s ‘overthinking’ might well be fuelled by all the speculation going on online among viewers who can see an amazing partnership developing between Nikita and Tilly.”

Pictures of Nicole and Nikita remain on her Instagram grid.

Strictly Come Dancing is on BBC One Saturday (October 2) at 6.45pm.