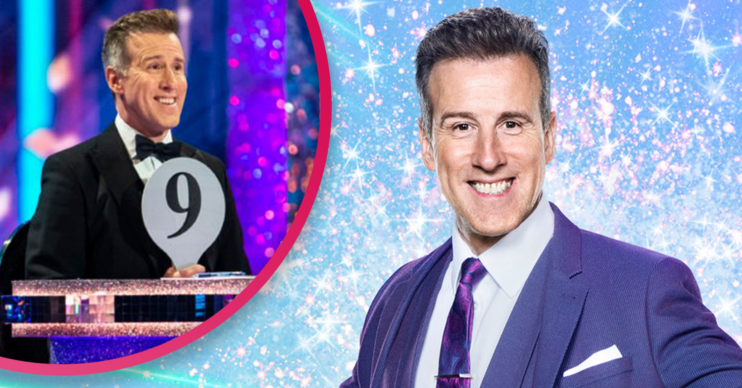 Strictly Come Dancing judges: Has Anton du Beke retired as a professional dancer? How old is he?

But does that mean we won’t ever see the Strictly veteran paired with a celebrity partner ever again?

Anton has stepped up to replace Bruno Tonioli on the Strictly Come Dancing panel this year because of the COVID travel restrictions.

Bruno also works on Dancing With the Stars in America and the commute and quarantine period would be nigh-on impossible to navigate.

As such, and after a successful judging stint in 2020 when Motsi took a break, Anton is keepING Bruno’s seat warm.

However, what we don’t yet know is if and when Bruno will be back.

And, should he return for 2022, does that mean Anton will return to the competition as a professional dancer?

How long has Anton been on the show?

Anton has appeared on every single series of Strictly Come Dancing since it started in 2004.

Anton was paired with politician Jacqui Smith last year and the year before he danced with EastEnders star Emma Barton.

That year was Anton’s highest finish yet, with the pair coming in second.

He is – but it wasn’t any easy ride for Anton and wife Hannah to become parents.

Hannah suffered from endometriosis and, as a result, underwent IVF to conceive twins George and Henrietta, who are now four.

Read more: How did Strictly host Tess Daly meet husband Vernon – and who is the main breadwinner?

At the time, Anton admitted: “Hannah suffers from endometriosis and we weren’t able to have children so went down the IVF route.

“I think Hannah always saw her life as having children in it.”

Anton’s childhood was pretty different to the one his kids are enjoying, though.

Born to a Hungarian father, Antal, and Spanish mother, Conchita, Anton has admitted his father used to “fly off the handle” and beat him with a belt.

His parents divorced when Anton was in his early twenties and Anton had no further contact with his father up until his death in 2001.

Anton explained: “He was the hard, eastern European type. Heavy drinker, heavy smoker. It was a different time and you’d have the belt taken to you and stuff like that.

“He’d just fly off the handle and he was always slightly aggressive anyway.”

Speaking about his father’s death, Anton admitted that he “didn’t care” when he got the news that Antal had died.

“I knew he was going to tell me my father had died and I didn’t care. Or want to know. He was a stranger to me. That sounds a bit harsh and I don’t mean to sound like that,” Anton admitted.

In 2009, Anton was caught up in a race row after he said the P-word to then-partner Laila Rouass at rehearsals.

Laila – who is mixed race – had been for a spray tan and, after arriving for rehearsal, Anton said she “looked like a [P-word]”.

He immediately denied being racist and apologised – an apology Laila accepted.

In a statement at the time, Anton said: “I must say immediately and categorically that I am not a racist and that I do not use racist language.

“During the course of rehearsals Laila and I have exchanged a great deal of banter entirely in jest. And two weeks ago there was an occasion when this term was used between the two of us.

“There was no racist intent whatsoever but I accept that it is a term which causes offence and I regret my use of it, which was done without thought or consideration of how others would react.

“I apologise unreservedly for any offence my actions might have caused.”

A spokesman for the BBC said at the time: “The BBC does not condone offensive language in the workplace.”