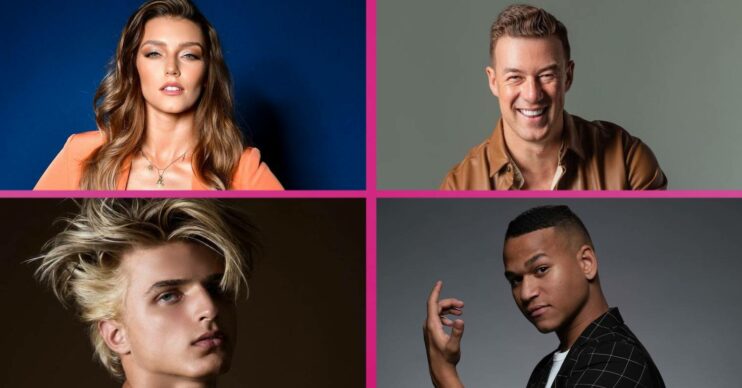 Dancing shoes at the ready – new Strictly Come Dancing professionals have been announced!

Strictly is set to return to our screens this autumn and will feature four new professional dancers in the show’s line-up.

Although the show obviously features a set of celebrity guests each year, the Strictly Come Dancing’s professional dancers – who couple up with the celebs – form a key part.

Find out more about the new pro contestants below.

Kai Widdrington was previously a Britain’s Got Talent finalist and a pro on Strictly Come Dancing Ireland. He was also World Junior Latin American Champion 2010.

Speaking about the upcoming series, he said: “This is my childhood dream come true.

“WatchingStrictly from the very first series as a young boy from Southampton and now 18 years later, to be a professional dancer on the show is the most amazing feeling and the biggest accomplishment of my career.”

Nikita Kuzmin is a six-time Latin and Ballroom National Champion in Italy and has also appeared on the German version of Strictly.

“No matter what country I have found myself living in, I’ve never missed a chance to watch it.

“And joining it as a professional dancer is my big chance to make some magic on the most famous dance floor. I can’t wait to give it my all!”

Posting to Instagram to share the news, the dancer wrote: “Not only is this a dream come true but a challenge I am accepting with both hands. It is an honour to be representing Cape Town, South Africa.”

Jowita Przystał is the final new addition to the Strictly professionals 2021 line-up. You might recognise the Polish dancer as she previously won the BBC’s The Greatest Dancer.

She says: “This is it. My biggest dream come true. No words can describe how I feel right now, still pinching myself checking if this is real but I am beyond excited that I can FINALLY share with you I am joining Strictly Come Dancing 2021 family and I can’t wait to give all my heart and soul on that dance floor.”

She is in a relationship with fellow dancer Michael Danilczuk.

When does the new Strictly Come Dancing start?

A set date for the new series has not been announced yet, but it’s expected to return in autumn 2021.

Are you excited about the new series? Leave us a comment on our Facebook page @EntertainmentDailyFix and let us know!