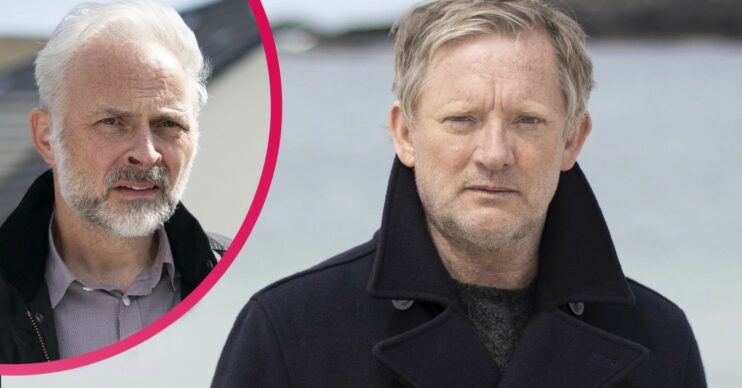 Shetland episode five review – seven questions we have after THAT rollercoaster instalment!

Each episode of Shetland series six just seems to be getting better and better, and episode five was no exception – here’s our review.

DI Jimmy Perez made a huge breakthrough in his attempts to unravel the mystery of who killed Alex Galbraith.

The latest instalment of the brilliant police drama, which aired on Wednesday November 17 2021, saw Perez finally make headway in the murky investigation.

Here’s our review of what happened in Shetland episode five – and seven burning questions we still have ahead of the series finale.

At times, the Donna Killick story has seemed like an inconvenient side-plot taking us away from the real business of who killed Alex Galbraith.

Although linked – Alex represented Donna and helped get her out of jail – scenes between Donna and ex-flame Duncan occasionally felt, well, beside the point.

But that ALL changed in episode five.

In shocking scenes, she asked Duncan for one last favour – to help her die.

The request left him horrified, but he ultimately agreed.

Duncan made Donna a cup of hot chocolate – which appeared to contain a killer dose of medication.

At the end of episode five, Duncan called friend Jimmy to tell him Donna had taken her own life.

Of course, Perez guessed the truth immediately and told Duncan to take the incriminating mug to the sink “to explain why his prints would be on it”.

So is Jimmy (Douglas Henshall) going to cover for his friend?

After all, euthanasia is still illegally in the UK.

We’d also like to know why she didn’t make the cup of hot chocolate herself, and what exactly was in the cup of cocoa?

Will Tosh tell Jimmy about Sandy?

Of course in last week’s episode four, Tosh discovered the shocking news that it was Sandy who had leaked the crime scene photos.

In episode five, Tosh told Sandy she knew about his indiscretion – something he didn’t deny or even apologise for.

He asked Tosh to keep his secret, but that is putting her own career on the line.

Sandy is a long-term and trusted member of DI Jimmy Perez’s team.

Although he HAS been in trouble before.

At the end of series five, Sandy made an error of judgement and was suspended.

Surely Sandy will get the sack if the truth comes out?

At the end of Shetland episode five, Sister Carolyn – aka Lyn Harrison – had been attacked and left for dead.

Why? In a bid to silence her.

DI Jimmy Perez – and viewers – learnt that Sister Carolyn had been friends with missing girl Carrie-Ann more than two decades ago.

Carrie-Ann disappeared 21 years ago, and Alex Galbraith has been paying for her dad’s care home costs – something that bugged Tosh into investigating more.

Sister Carolyn admits that Marie-Ann is dead and that Alex Galbraith, Darren Bedford and Niven Guthrie are all implicated.

Before she gets to say more, she is attacked.

But, who assaulted her and will she survive to tell Perez more about what she knows?

Shetland episode five review – who killed Marie-Ann Ross and why?

But how did Marie-Ann die and was she killed?

Could it have been a tragic accident at the party in the lodge?

Or has someone murdered before?

At the end of episode five, we still don’t know who killed Alex Galbraith.

But the lists of suspects is growing smaller – and Niven Guthrie is at the top of our list of suspects.

Logan Creggan has been ruled out, and Darren Bedford appears to have an airtight alibi.

However, Niven Guthrie is in it up to his neck.

He had an argument with Alex Galbraith just before he was murdered.

Tosh discovers that Guthrie Industries is in trouble financially.

Niven was desperate for a new contract, but Galbraith suspected he was cutting corners safety wise.

Could Niven have murdered Galbraith as a result?

And, of course, there’s the shared history of Marie-Ann which is bound to be connected.

Why did Niven pay off Carrie Matthew’s debts?

In episode five, we learn that Niven Guthrie paid off chef Carrie Matthews’ debts the day before the accident on the dive boat.

And she was the first person to point the finger at Mick after Eamon’s death.

Did Carrie and Niven have a deal?

There is noticeable chemistry between DI Jimmy Perez and nurse Meg.

Is it wrong that we’re hoping for romance?

Yes, Perez has a heap of stuff on his plate, but we think he’d make a great match with Meg!

Not least because she can help care for Perez’s dad, who is becoming increasingly confused.

Shetland episode six airs on Wednesday November 24 2021 at 9pm on BBC One.