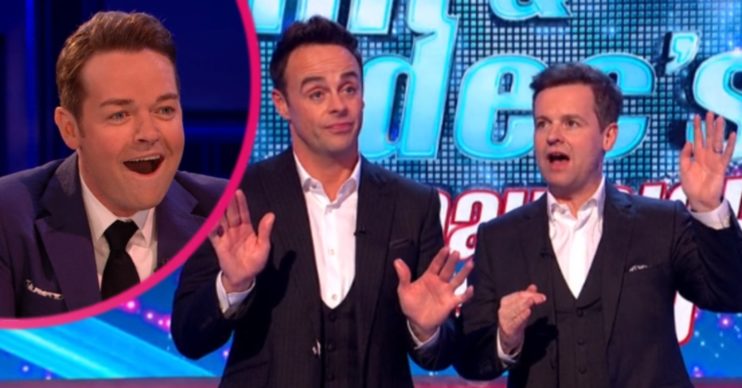 The show is coming to an end this weekend

Saturday Night Takeaway viewers were left devastated as Stephen Mulhern announced the series is coming to an end this weekend.

Over the weekend, the 43-year-old presenter revealed it was the penultimate show of the year.

The finale episode will feature Mo Gilligan as the special guest announcer.

One said: “I can’t believe that next week is the final one.”

In addition, a second wrote: “Last full week of #SaturdayNightTakeaway. My heart is sore.”

A third tweeted: “Feels like it’s only been on 2 weeks.”

Another shared: “@antanddec just told my six year old that this week is the last episode of Saturday Night Takeaway and she cried. You both are her favourites on TV and loves the happiest minute of the week.”

What happened on Saturday Night Takeaway?

At one point, they played a prank on their old SM:TV Live pal.

However, while many loved the show, others took exception to comments made about Dec.

These included a number of jokes about his height.

Furthermore, the regulator confirmed they were about “a few different issues including the innuendos used and height jokes”.