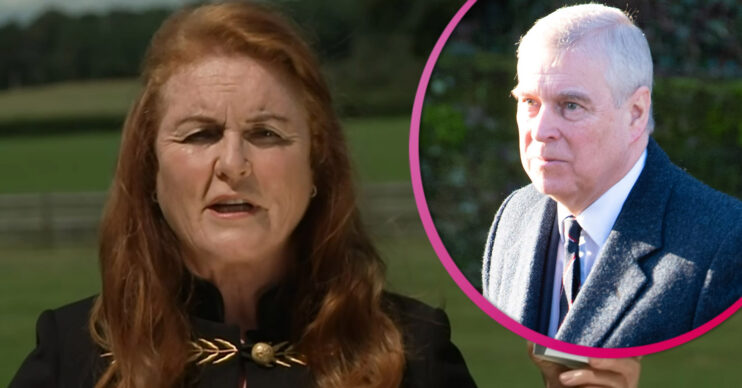 She said he's "such a good grandfather"

Sarah Ferguson said her ex-husband Prince Andrew is such a “good grandfather” as she swerved a question about them rekindling their romance on Loose Women.

The Duchess of York, 61, appeared on the programme on Monday to speak about her new romantic novel, Her Heart for a Compass.

However, the conversation turned to her relationship with Andrew, 61, as Jane Moore asked the duchess whether the two could ever rekindle their love.

Jane asked: “I was reading a story the other day that you’re going up to Balmoral for summer, obviously with Andrew and maybe with your daughters.

“All the public comments were you’re the best of friends, you go on holiday together, you share the same house and you’re the happiest divorced couple they’ve ever seen.

“Any chance of a rekindling of romance there?”

Giggling, Sarah said: “Oh my goodness me, you’ve all got your wands out!

“Do you know what I love is that Andrew and I remain steadfast as in the past co-parenting but now we’re co-grandparenting.

“He is such a good grandfather, I get a bit of FOMO because he’s so good with August.”

The duchess added: “He’s a really good, thoroughly good man and it’s a joy to be able to spend time as a family.

“And that’s what I love, when we join together as a family.

“For anyone out there, communicate, compromise, compassion. That’s our secret.”

Read more: How many grandchildren does Sarah Ferguson have? Fergie admits grandson August is a ‘flirt’

Jane then said: “Nicely swerved on the romance!”

Eugenie welcomed her son August in February of this year while Beatrice is expected to give birth to her first child this autumn.

What else has Sarah Ferguson said recently?

Last week, the duchess appeared on Lorraine and spoke about Andrew as a grandparent.

She said: “Now as a grandfather, oh my goodness, he’s really good. He can go for hours talking about football and all those sorts of things… it’s a joy to see him really shine as a grandfather.”