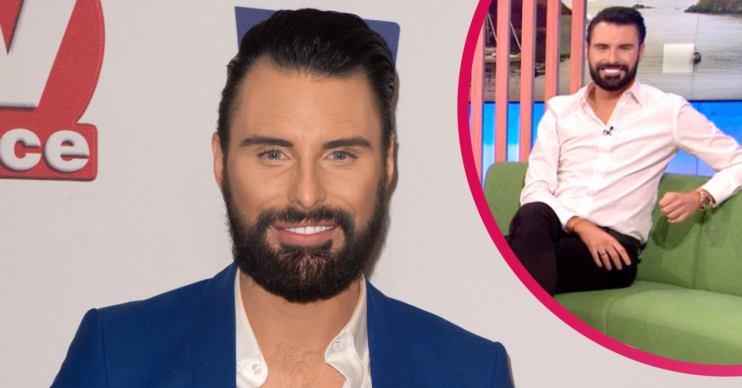 But did they have a point?

Rylan Clark slapped down a Twitter user complaining about his accent following the presenter’s latest appearance on The One Show.

He joined co-hosts Lauren Laverne and Alex Jones on the green sofa on Thursday (January 20) and yesterday (January 21).

Fans were delighted to see the popular presenter, 33, on the BBC One flagship show. But one critical Twitter user caught Rylan‘s eye following Friday’s episode and came in for a cutting response.

Rylan Clark on The One Show

One viewer took objection to a certain aspect of Rylan’s presenting style – and made sure to let him know.

“Your mispronunciation of words containing a ‘t’ is awful. As a BBC presenter you need elocution lessons.”

Rylan, however, seemed unimpressed with the feedback on his work.

How did Rylan respond?

Quote-tweeting the original tweet, Rylan took a cheeky swipe at the displeased viewer.

“Leave it out ‘erry,” Rylan responded.

Fans were tickled by Rylan’s comeback, with his tweet picking up thousands of likes within hours.

Other Twitter users seemed to side with Rylan – and showered him with compliments about his performance.

“Haha, you tell him Rylan,” chuckled one person.

“You were brilliant tonight. The One Show is a million times better when you’re presenting.”

Another supporter contributed: “I’m guessing Terry has not heard the expression ‘if you’ve not got anything nice to say’… We love you Rylan for the person you are, with or without ‘Ts’.”

Don’t you dare get elocution lessons, perfect as you are.

Another fan of Rylan’s voice added: “You’re great Rylan, pay no attention. I heard your voice as I was cooking dinner, I said to myself ‘ahh, it’s Rylan!'”

And someone else chipped in: “Love you Rylan, don’t you dare get elocution lessons, perfect as you are.”

Was the criticism fair?

However, one person did agree with Terry’s wider point – and suggested he was free to express it.

They wrote: “I think it’s unfair that people are attacking Terry for stating his opinion – surely he’s entitled to it!

“To be fair it also frustrates me when someone constantly leaves the ‘t’ out of their speech especially if they’re speaking on a public forum!”

But someone else felt Rylan had come ‘under attack’.

That person replied: “There’s a huge difference between stating an opinion such as ‘I don’t like it when TV presenters on the BBC drop their T’s’ to personally attacking an individual who speaks differently to them, and in a way your own view of it should sound. One is an opinion, one is an attack.”

The One Show airs on BBC One, weekdays, from 7pm.