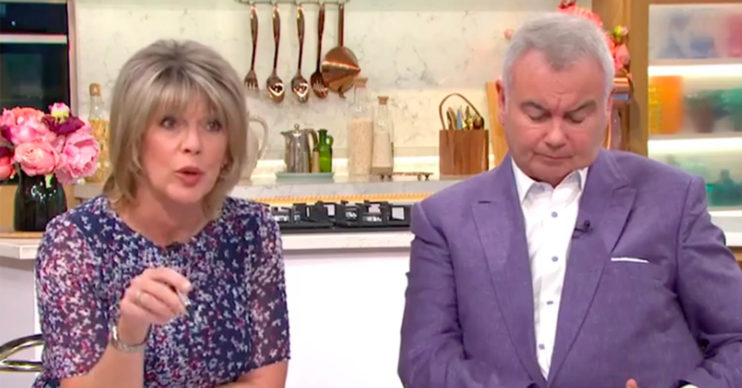 Viewers were left a bit confused on Monday’s This Morning after an unfortunate error.

A concerned caller, Janet, asked Emma for help on socialising during months of lockdown.

She explained that she is one of the thousands of Brits to be told to ‘shield’ themselves at home by the government.

Clearly unaware of the lockdown restrictions issued to those that need shielding, Emma encouraged her to go out and socialise.

“Isn’t that against the advice I’ve been given?”

Janet, clearly confused, asked: “Isn’t that against the advise I’ve been given?”

She said: “If you’ve been advised to shield, you’ve still got the opportunity to kind of stand away from somebody for two metres. So you get some kind of social contact.”

Ruth went on to interrupt Emma herself and stated that Janet must not leave the house until her period of shielding lockdown is over.

She said: “Emma, sorry to interrupt, but if I’ve got this right, if you have been told to shield then you are not allowed out.

“That’s the point. You’re not allowed out for this period. You have to stay in your house.”

However, Emma wasn’t ready to take no for an answer.

“Are you not allowed the two metres?”

She argued: “Yeah, but are you not allowed the two metres?”

Ruth bluntly replied “no” and then Janet added that she’d even received a letter from the government in the post.

Read more: Phillip Schofield gets dressed up for BBQ with wife and daughters

She is regarded to be in the “very high at risk” category.

Shortly after the rather embarrassing call, Ruth reiterated the rules.

She said: “We have to make that clear.

“You are not allowed out at all”

“If you have been told to shield that does mean you are not allowed out at all.

“If you have any doubts or confusion about that please speak to your GP.”

On the official government guidance website it states regarding those shielding: “Do not leave your house.

“Do not attend any gatherings, including gatherings of friends and families in private spaces, for example, family homes, weddings and religious services.

“Strictly avoid contact with someone who is displaying symptoms of coronavirus (COVID-19).”

Emma defended her words on Twitter after the episode aired.

“Shielding is only ‘advice'”

She responded to a user’s criticism with: “What? Undermining what? Giving her an option to consider something that may help her mental health.

“Listen, my job is to explore possibilities that will help. Just as shielding is only ‘advice’ so too is mine suggesting she has a friend visit or goes for a short walk x.”