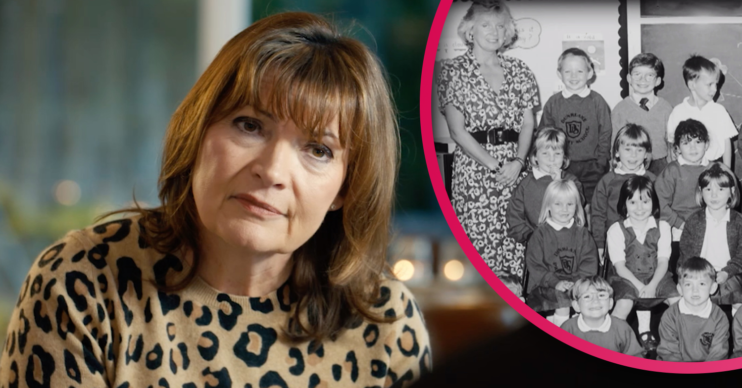 It was 'professional', 'respectful' and 'very personal'

The one-off ITV documentary marked the 25th anniversary of the tragedy that killed 16 children and their teacher.

Lorraine presented on the tragedy at the time and, during last night’s show, she was seen returning to the small Scottish town.

What happened in Dunblane?

The Dunblane massacre took place on March 13 1996 when Thomas Hamilton, 43, carried out the deadliest mass shooting in British history.

Sixteen schoolchildren – all aged five or six – were shot dead when he opened fire on their class.

Their teacher Gwen Mayor also died during the tragedy at Dunblane Primary School.

He killed 17 people before killing himself with one of his four legally-held handguns.

What was last night’s Lorraine Kelly Dunblane documentary about?

In Lorraine’s Return to Dunblane documentary, she went back to the small Scottish town, where she forged close relationships with residents.

Read more: Lorraine Kelly hits back at COVID vaccine trolls who told her she was ‘going to die’

She met the parents of the murdered children and looked at the spirit of the town, which showed remarkable resilience following the tragedy.

Return to Dunblane: What did Lorraine Kelly fans say about the show?

Ahead of the show, some social media users questioned Lorraine’s involvement in the show.

However, after it aired, they were entirely unanimous that Lorraine was the perfect presenter to host the show.

Her critics were silenced as she presented a “respectful, professional and very personal” reflection on the tragedy.

“The warmth and genuine character of @lorraine shone through on her remembrance of the Dunblane documentary last night. I just wanted to hug her,” said another.

“Thank you Lorraine – a fitting tribute to all those little children and their teacher,” said a third.

The warmth and genuine character of @lorraine shone through on her remembrance of the Dunblane documentary last night. I just wanted to hug her.

“You were a star, presenting at its best – sympathetic, humble, listening, supporting and most of all you care about the parents and the poor children who are no longer here.

“I cried last night and I’m crying again,” said another.

“That was a hard, sobering watch Lorraine. Thank you for your sensitivity and composure. It can’t have been easy,” another tweeted the star.

“It was beautifully done Lorraine,” another commented.

“Lorraine. Thanks so much for Return to Dunblane. I could feel your sincerity as you walked through the town,” said another.

Did you watch Lorraine Kelly on Return to Dunblane last night? What did you think? Tell us on our Facebook page @EntertainmentDailyFix.