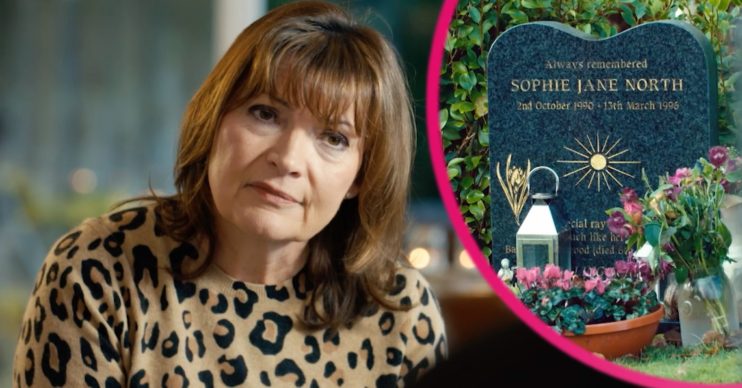 Return To Dunblane With Lorraine Kelly: What happened and how is the star connected?

The ITV show marks 25 years since the tragedy

Return to Dunblane with Lorraine Kelly will see the presenter mark the 25th anniversary of the tragic shooting.

During the ITV programme, the 61-year-old host returns to the town to talk to survivors and relatives of the victims.

But what happened on the day and how is the star connected?

Return to Dunblane with Lorraine Kelly: What happened?

On March 13, 1996, gunman Thomas Hamilton opened fire on 16 children and their teacher in the gym hall of Dunblane primary school.

Hamilton, 43, went on to kill himself.

The incident shocked the world and led to strict changes in gun laws in the UK.

Eventually, two new Firearms Acts were passed, which prevented the ownership of handguns.

Despite this, many children of Dunblane primary school still continue to suffer – both mentally and physically.

As a result, many people have chosen to move away from the town.

Who was gunman Thomas Hamilton?

During his younger years, the killer didn’t know his father and grew up with mother’s adoptive parents.

At the age of 20, he became an assistant leader of his local Boy Scouts club.

However, it didn’t take long until he was asked to leave following complaints from worried parents.

Furthermore, he was was often described as an obsessive misfit.

His body was cremated in a private ceremony – six days after the massacre.

Return to Dunblane With Lorraine Kelly: Who was affected?

The most famous survivor of the massacre is Andy Murray.

At the time, the tennis star attended the primary school with his brother Jamie.

Opening up on the incident in 2019, Andy said: “You asked me a while ago why tennis was important to me. Obviously I had the thing that happened at Dunblane. When I was around nine.

“I am sure for all the kids there it would be difficult for different reasons. The fact we knew the guy, we went to his kids club, he had been in our car, we had driven and dropped him off at train stations and things.”

Thankfully, Andy turned to tennis to help deal with the ordeal.

How is Lorraine Kelly connected?

At the time, Lorraine was one of the first reporters at the scene.

The presenter, who was working at GMTV, has previously revealed she is still haunted by memory of the massacre.

She once said: “That was the hardest thing I’ve ever had to do in my life and I don’t think there will be anything else like that. Going back, I was remembering a lot of things.

“I remember the press conference and journalists are pretty hard-bitten – they have to be just to survive – but I was seeing grown men in tears.”

Meanwhile, she was also joined by Eamonn Holmes.

Return to Dunblane With Lorraine Kelly is on tonight at 9pm on ITV.