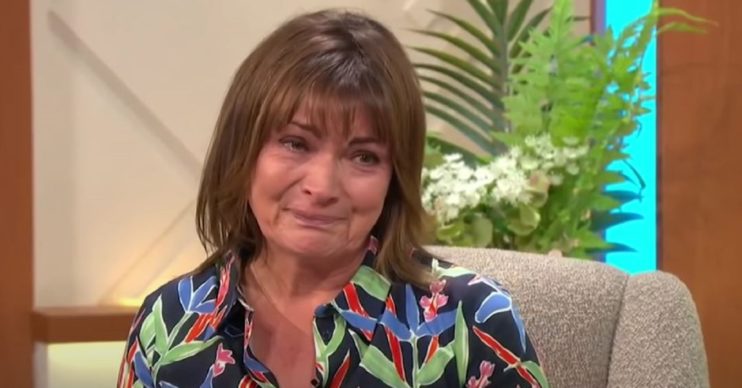 Her career quickly changed after 1988

Lorraine Kelly is hosting a Dunblane documentary tonight, but it was another of Scotland’s greatest tragedies that gave her career a boost.

And it’s something she once admitted finding “difficult to live with”.

In 1984, the daytime presenter was a roving reporter for TV-am, ITV’s breakfast television franchise.

At the time, she thought it was “the best job in the world”. She “never had any desire” to confine herself to a TV studio.

However, her career changed in the wake of the 1988 Lockerbie bombing.

Speaking to BBC Scotland’s Stark Talk in 2013, Lorraine reflected on the boost the “horrendous” incident at Lockerbie gave her career, and how uncomfortable it made her.

Her reporting on the disaster – in which Pan Am Flight 103 exploded and crashed onto a residential street, killing 270 people – saw her land a presenting job on TV-am’s Summer Sunday programme.

She also provided cover for the hosts of the main show throughout the week, before joining Good Morning Britain in 1990 and helping to launch GMTV in 1993.

It is quite difficult to live with that.

On Star Talk, Lorraine said, of the Lockerbie bombing helping her TV career: “It is quite difficult to live with that.

“The fact that dreadful, horrendous, terrorist atrocity resulted in me getting one of the best jobs ever.”

Lorraine reported on the events of the Dunblane mass school shooting in 1996. And she revisited the community for ITV’s documentary, which marks its 25th anniversary.

Earlier this year, she recalled how reporting on it was the “hardest thing”.  And she revealed it still haunts her today.

Lorraine said, as reported by the Daily Record: “It never really does go away and [I think about it] any time I see a sign for Dunblane or whenever there is something in America, where as we know it happens far too often.

“That was the hardest thing I’ve ever had to do in my life and I don’t think there will be anything else like that. Going back, I was remembering a lot of things.

“I remember the press conference and journalists are pretty hard-bitten. They have to be just to survive. But I was seeing grown men in tears.”

Are you watching Return To Dunblane With Lorraine Kelly? Leave us a comment on our Facebook page @EntertainmentDailyFix and let us know.