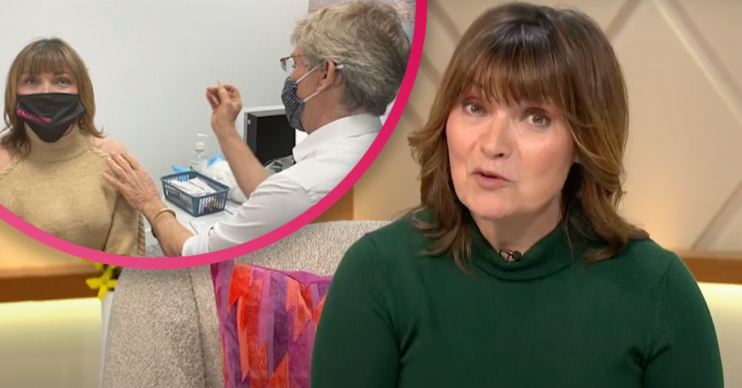 'There are some seriously stupid people out there'

Lorraine Kelly has hit back at coronavirus vaccine trolls who told her she was “going to die” after posting a video of the jab being administered to social media.

The TV presenter revealed she’d been subjected to trolling during this morning’s Lorraine (March 11).

During a chat with resident doctor, Dr Hilary Jones, Lorraine said: “The reason we put stuff online is to encourage people to have the vaccine.

“I couldn’t believe the comments I got. There’s some seriously stupid people out there.”

What else did Lorraine say about the coronavirus vaccine?

Lorraine added: “There’s people who have obviously got concerns and I get them completely.

“But there’s a difference to having concerns and people saying to me: ‘You are going to die’ because I got the vaccine.

What was Dr Hilary’s response?

Ever the voice of reason, he dismissed the trolls’ claims.

“The vaccine doesn’t contain nano particles that control what you do!

There’s a difference to having concerns and people saying to me: ‘You are going to die’ because I got the vaccine.

“It is beyond comprehension. This is not an experimental vaccine – 23 million people have been vaccinated with no major side effects.

What did trolls say to Lorraine about the vaccine?

She posted a video to Instagram where she’s seen getting the vaccine.

A lot of the comments were positive, but some weren’t.

One follower said: “Promoting a TRIAL VACCINE. How much you getting paid for this?”

“Oh Lorraine you don’t have to tell everyone. Your choice, your body but there is no need to advertise it,” said another.

Another claimed: “You do realise that as its a trial vaccine until 2023. So if you die, life insurance don’t pay out!”