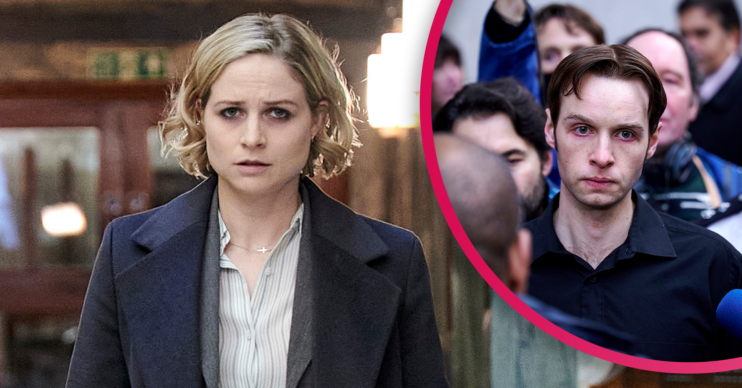 Rachel Nickell drama Deceit: Who was the real undercover cop ‘Lizzie James’ and what happened to her?

Her story is explored in the new Channel 4 drama

Lizzie was tasked with leading the honeytrap sting on prime suspect Colin Stagg following the murder of Rachel in 1992.

The sting led to Colin being wrongly arrested for the murder, but what impact did Operation Edzell have on Lizzie?

If you’ve been watching the drama, which is told from Lizzie’s point of view, you’ll know that she definitely went through the mill during the undercover operation.

But where is she now? And did she suffer mentally after the trial?

We have you need to know here.

The four-part drama has certainly been a harrowing watch.

Drama fans will have seen Lizzie – who takes on the imagined name Sadie Bryne – claim to have murdered someone and taken part in a satanic ritual.

It was believed the story would appeal to Stagg’s unusual sexual perversions and, as such, it was thought he would confess to Rachel’s murder.

Despite not confessing, Stagg was charged and held in custody for over a year after the honeytrap.

Serial killer Robert Napper was later sentenced to life in prison after admitting to the manslaughter of Rachel on the grounds of diminished responsibility.

Due to the bungled police operation, he went on to kill two other people – which Channel 4 viewers will see tonight – before he was brought to justice.

What happened to Lizzie at the time?

Stagg reportedly became obsessed with Lizzie after she befriended the loner with a view to securing a confession.

However, after the case collapsed, Lizzie left the Met and said the aftermath of the case left her suffering from PTSD.

She later took the Met Police to court for psychiatric damage and settled out of court for £125,000.

Lizzie said her life had been “ruined” by the pressure she was put under as part of Operation Edzell.

She was also granted life-long anonymity and has since buried her past to start a new life in secrecy, the Daily Mail has claimed.

So where is Rachel Nickell undercover cop Lizzie now?

The former detective, now 60, lives in a quiet community far from Roehampton, south-west London, where she attempted to honeytrap Stagg.

Her real identity is guarded by a highly restrictive legal clause following the collapse of the prosecution case in court.

She and her ex-policeman husband are said to be respected members of their local community.

He retired from the force on grounds of ill health in the 1990s.

Lizzie had 18 months off work sick before taking early retirement in 1998 after 13 years as a policewoman.

In 2000, a friend said: “The effect of being involved in this case has been traumatic.

“The stress of being ‘bait’ to Colin Stagg – effectively living a lie every day – was unbelievable.”

Who plays Lizzie in Deceit?

Lizzie – who fully believed she was seducing a killer – is played by Niamh Algar in the Channel 4 drama.

And, after researching the role, she said she felt a “huge amount of sympathy” for the former police officer.

Your best performance so far. Bring on the awards season.

“I felt a huge amount of sympathy for Lizzie, to be a woman in that situation,” she said.

“The enormity of the pressure she was under, making sure that she got it right … I had so much admiration for how brave she was.”

What has Niamh said about the finale?

Ahead of tonight’s final, Niamh took to Instagram to thank her followers for tuning in.

“Amazing performance in this,” said one fan.

“Another captivating performance,” said a second.

Meanwhile, a third added: “Great series. Your best performance so far. Bring on the awards season.”

So will you be watching Deceit? Head to our Facebook page @EntertainmentDailyFix and tell us.