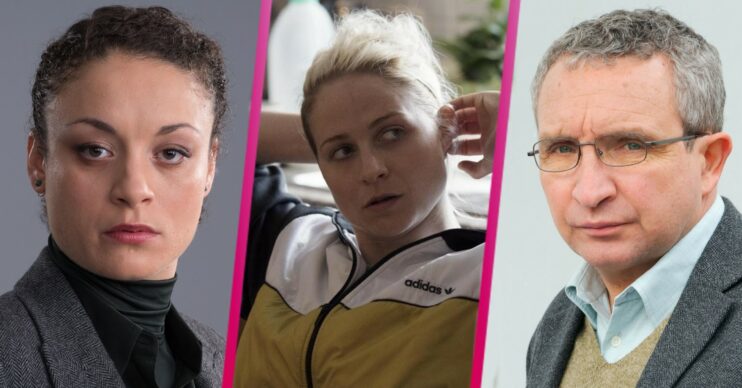 Deceit on Channel 4 about murder of Rachel Nickell: When does it start and who’s in the cast?

Channel 4’s upcoming drama Deceit looks at the murder of Rachel Nickell and how the police sent an undercover officer to become sexual bait for their prime suspect.

The series, previously known by its working title of My Name is Lizzie, is a dramatisation of the real life murder of mum-of-one Rachel Nickell in 1992.

Female police officer ‘Lizzie James’, who went undercover to get crucial evidence, will be played by actress Niamh Algar.

Here’s everything you need to know about the upcoming C4 series Deceit.

Read more: Rachel Nickell murder: When and how did she die and where is killer Robert Napper now?

Deceit on C4 – what happened to Rachel Nickell?

Rachel was stabbed to death on July 15 1992 while walking with her two-year-old son on Wimbledon Common.

At the time of her death, she was living near Wimbledon Common with partner André Hanscombe and their son, Alexander Louis.

At the time, the police suspected Colin Stagg.

C4’s Deceit tells the story of the female undercover officer, codename ‘Lizzie James’, who was called on to “honeytrap” Colin.

She contacted Colin Stagg, posing as a friend of a woman with whom he used to be in contact via a Lonely Hearts’ column.

Over five months, she attempted to obtain information from him by feigning a romantic interest.

During a meeting in Hyde Park, they spoke about Rachel’s homicide and Colin’s violent fantasies.

However, Colin later claimed that he had only played along with the topic because he wanted to pursue the romance.

Police subsequently charged Colin Stagg with the murder and he spent 13 months in prison on remand.

Colin was eventually exonerated and awarded more than £700,000 in compensation for the bungled police operation.

The drama series will examine the controversial honeytrap at the heart of one of Britain’s most high-profile cases.

Read more: Son of Rachel Nickell recalls witnessing her murder as a toddler

Who’s in the cast of Rachel Nickell drama Deceit?

Niamh’s best known for her gritty roles in The Virtues, Raised by Wolves and Calm with Horses.

Rochenda Sandall, best known as McQueen in Line of Duty, will also appear.

Harry Treadway plays Detective Inspector Keith Pedder, who is under much pressure to solve the case.

Eddie Marsan portrays the nation’s most famous criminal proﬁler, Paul Britton, who is called to help devise the bold and ill-conceived undercover operation.

Caroline Hollick, Head of Channel 4 Drama says: “I couldn’t think of a more phenomenally talented ensemble than Eddie, Harry, Sion, Nathaniel and Rochenda to join Niamh Algar, who is fast becoming an iconic star of the Channel, in order to shine a light on one of the most shocking stories in modern policing.”

How many episodes is Deceit on Channel 4?

Deceit is a four-part series.

When does Deceit start and how can I watch it?

Channel 4 has only recently released the names of some of the cast members.

They have not yet confirmed when the series will be airing.

But we’re expecting big things from this drama, and don’t want to wait too long!

The show will air on C4 and will be subsequently be available on All 4.

Would you tune in to watch Deceit on Channel 4? Leave us a comment on our Facebook page @EntertainmentDailyFix.