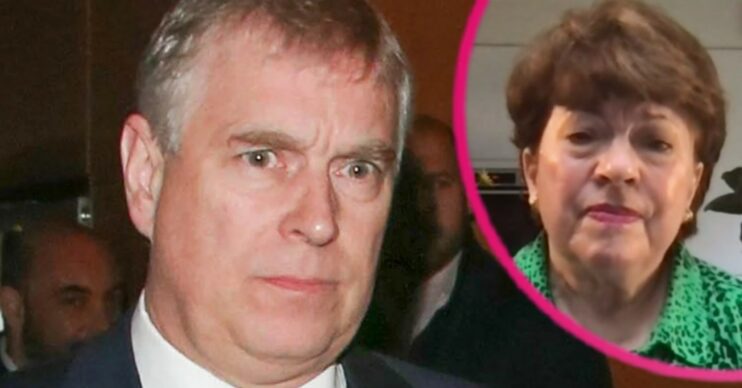 'Surely the focus should be on the victims'

Ms Giuffre, who is also one of Jeffrey Epstein’s accusers, claims she was sexually assaulted by the royal when she was 17.

She filed the lawsuit on Monday in a New York federal court.

However, GMB viewers were far from impressed as the topic was discussed on the show today.

Kate started: “When you think of the Queen waking up with all that she’s been through, seeing and knowing her son has got this suit against him and what it means.

“It’s just an extraordinary situation for the Royal Family to be in.”

Angela then shared: “It’s dreadful for the Queen and my heart goes out to her.

“She’s lost her beloved husband and she’s up there in Scotland trying to be brave and getting on. That’s where they spent so much time together.”

In addition, the writer added: “It must be dreadful. She adores Andrew and people say he is her favourite child.

“Now, he’s in this golden cage and he can’t go anywhere. He can’t go to play golf, which he has done for so long abroad. The FBI could come along and demand to question him.”

However, her comments angered some viewers.

On Twitter, one said: “@GMB discussing Prince Andrew being sued over sex abuse claims and the first thing that gets brought up is how difficult this must be for The Queen? Gross.”

Another raged: “@GMB surely the focus should be on the victims and their families. Not how sad and embarrassing it is for the Queen and how #PrinceAndrew can’t play golf abroad anymore? Unpleasant.”

@GMB discussing Prince Andrew being sued over sex abuse claims and the first thing that gets brought up is how difficult this must be for The Queen? Gross.

@GMB surely be the focus should be on the victims and their families not how sad and embarrassing it is for the queen and how #PrinceAndrew can't play golf abroad anymore? Unpleasant

A third complained: “@GMB what’s wrong with you? Prince Andrew is being sued in relation to sex abuse and you do a piece on how bad this must make the Queen feel, FFS, what about the YOUNG GIRL?”

However, one added: “Considering her majesty just turned 95 & only recently lost The Duke of Edinburgh, I think it’s fair to worry the toll this is taking on her.”

Prince Andrew news: Has the Duke of York responded to the lawsuit?

While Prince Andrew’s representatives said they had no comment on the lawsuit, the royal has fiercely denied the claims against him.

Speaking about allegations in 2019, Prince Andrew said they “never happened”.

However, Ms Giuffre claims the royal abused her on multiple occasions.

Now, her lawyer has insisted that his client is determined to take action.

Court papers state: “In this country no person, whether president or prince, is above the law, and no person, no matter how powerless or vulnerable, can be deprived of the law’s

“Twenty years ago Prince Andrew’s wealth, power, position, and connections enabled him to abuse a frightened, vulnerable child with no one there to protect her. It is long past the time for him to be held to account.”