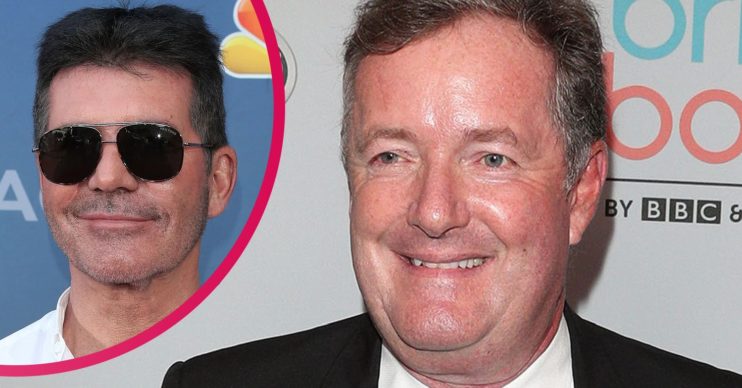 The long standing judge is recovering from his back injury

Presenter Piers Morgan is currently the firm favourite to replace Simon Cowell on Britain’s Got Talent.

Music boss Simon has been a judge on every series of the show since it started in 2007. But after a nasty accident that saw him dramatically break his back, he won’t be part of the live shows.

Who else besides Piers Morgan is in the running for BGT?

Instead, Good Morning Britain host Piers could replace him, with bookie odds of 5/4.

Simon’s fellow judges, Alesha Dixon, Amanda Holden, and David Walliams, will all continue on the show without him for now.

Father-of-one Simon had to have a six-hour operation on his back after he fell off an electric bike at his Malibu home, in California.

Read more: Simon Cowell ‘to miss BGT 2020’ as he recovers from back injury

A source told the Mirror that doctors have advised Simon not to fly back to the UK to take part in the show. Filming is set to begin in just two weeks time, but it looks like the show will go on without him.

The insider said: “Everything is fixed, he just needs healing time. Flying halfway across the world is not part of the plan and he has agreed to put his health first.”

Appearing on the show via video was initially an option, but bosses decided that it wouldn’t work.

The source continued: “It was decided that the idea of having him judge the BGT finalists via a link was just not feasible – nor sensible.”

Britain’s Got Talent is back

The 2020 series of Britain’s Got Talent already started earlier this year. But, like most TV productions, filming was stopped because of the coronavirus pandemic. ITV confirmed that it would be starting again soon.

It read: “The nation’s favourite TV talent show, Britain’s Got Talent, returns to our screens to continue its 14th series packed full of variety, where the search continues for this year’s winner.”

Britain’s Got Talent: The Finalists will arrive on screens on Sunday, August 30. It will air at 6.30pm on ITV.