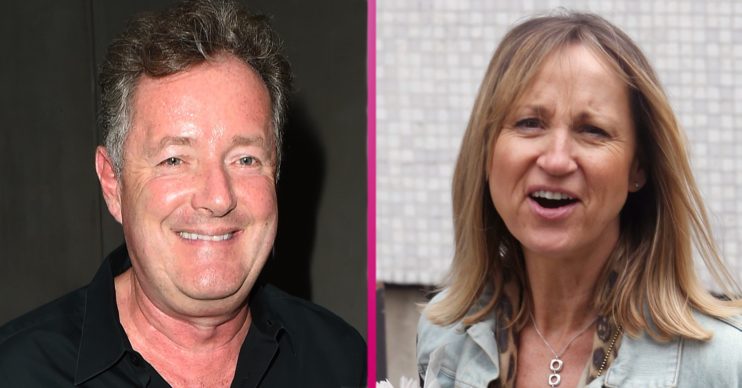 Carol McGiffin hits back after she’s blocked by Piers Morgan

Carol McGiffin has snapped back at Piers Morgan after he blocked her on Twitter.

The Loose Women star, 60, taunted the Good Morning Britain host after he blocked her account.

In view of her some 435,000 followers, she shared a snapshot of her blocked status and wrote:

The upset between the ITV stars is apparently over Carol calling him “deluded”.

She criticised his opinions over coronavirus on the same social media platform.

And this was evidently enough for Piers to permanently banish her from his account.

Piers shared on Friday with his some 7.6 million Twitter followers: “To everyone on here deluding themselves that Covid is ‘over’, take a look at Spain’s case and death rate in the past week.

She also accused him of scaremongering the British public over COVID-19 fears.

She replied: “Piers. The only deluded person around here is you. No one’s buying your hysterical [bleep] anymore.

“You did a brilliant job of scaring the nation into paralysis but it’s over now.”

What does Carol think about coronavirus?

Carol has long shared her opinions regarding the British government and media’s reaction to COVID-19.

During Loose Women debates, she’s said that she thinks there has been some overreaction.

Back in June, she said she believes lockdown measures have been unnecessary for many.

She said: “I know most people wouldn’t agree with this, but I’m not sure the whole lockdown was entirely necessary and there are a lot of people saying that now.

“I do think more questions should have been asked at the beginning rather than advice they took that everything should shut down now.”

Carol continued: “This virus does pick its victims.

“[Healthy people] would probably have had mild symptoms or none at all and that was admitted by Chris Whitty at the beginning.

“The damage done is incredible, I don’t think we’ll ever come back from it.”

According to the NHS over 41,000 British people have died from coronavirus this year.