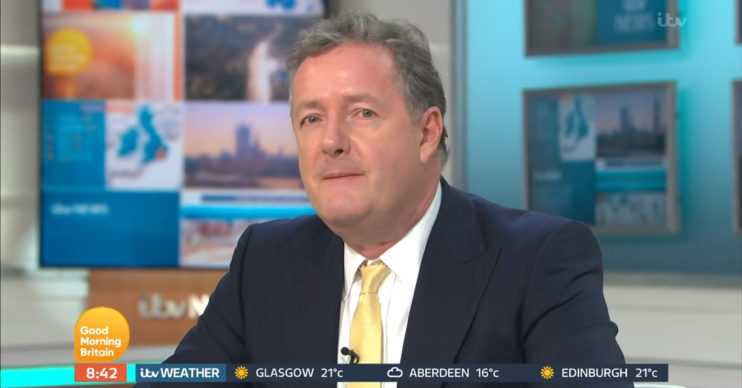 Takeaway treats are too tempting in lockdown

Piers Morgan admitted he has fallen victim to weight gain as a consequence of lockdown on today’s (June 2) GMB.

He told co-presenter Susanna Reid that he tries to be good during the day but in the evening he falls to temptation as his wife Celia suggests they get a Chinese delivery.

And, while she manages to evade piling on the pounds, he’s not so lucky.

The dad-of-four then revealed that TV critic Ally Ross had fat-shamed him, dubbing the former newspaper editor Chubadub.

Piers read out Ally’s published comments in full on the show, saying: “Production claim of the year [from] Piers Morgan: ‘There’s just a handful of people in the Good Morning Britain studio, it’s the first time the presenters have outweighed the camera operators.'”

The 55-year-old is pretty used to being fat-shamed – back in March even Dr Hilary had a little pop at him.

If Daniel Craig stopped working out for three months he could have a body like yours.

Piers displayed an image of Daniel Craig wearing a papoose and then one of himself naked, lying seductively by a roaring fire – and suggested he knew which one would excite ladies more.

Dr Hilary quipped: “If Daniel Craig stopped working out for three months he could have a body like yours.”

Earlier that month, Piers demanded an apology from his co-star Andi Peters as he accused him of fat-shaming.

Who ate all the pies?

During a segment concerning British Pie Week, Andi said: “I wonder who’s eaten all the pies in this studio?”

Piers said: “You know what, mate?” to which Andi quickly replied: “Seriously, I was going to do the gag anyway and I thought: ‘Shall I?’ And I did. I went for it.”

Piers, however, hit back: “Look, fat-shaming is actually really not acceptable any more in the workplace.

“You were talking the other day, you had your complaints about the way workplaces operate – I don’t like being fat-shamed by you, okay?”