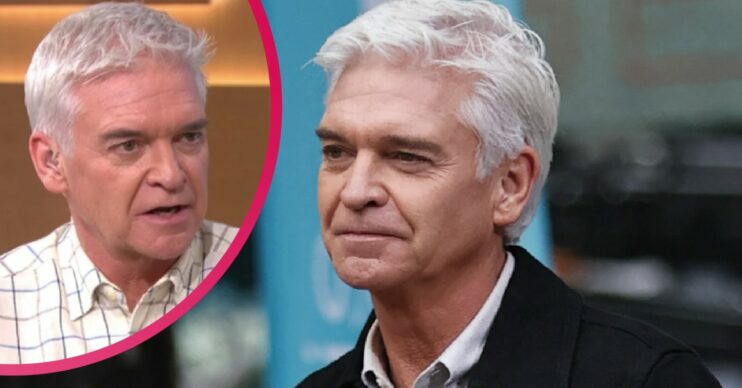 The star has finally tested negative for coronavirus

Phillip Schofield has teased a possible return to This Morning after finally receiving a negative lateral flow test.

The presenter, 59, has missed an entire week on the ITV show after being struck down with coronavirus last Monday.

But it appears that Phillip may soon be out of isolation.

Phillip Schofield to return to This Morning

Posting a fingers crossed sticker, he added: “Oh hello! What do we have here?”

The negative test appears to be Phil’s first after testing positive on Sunday evening.

Before the star can return to the present this week, he must pass two negative lateral flow tests.

It comes after the star was replaced by Alison Hammond on the ITV programme on Monday.

The presenter, who usually stars alongside Dermot O’Leary, joined Holly Willoughby on the sofa.

And while Phillip may not have been in the studio, he did briefly appear in the show’s opening minutes.

“A week ago I had a slightly scratchy throat for an hour which prompted me to test and it came back positive and it’s been positive ever since.

“But I feel great, I’ve ploughed my way through boxsets. I’ve been cooking, I’ve been wandering around thinking what should I do next.

“I sat in the garden for half an hour because the sun came out.”

Meanwhile, Phillip also skipped hosting duties on Dancing On Ice over the weekend.

Phillip replaced on Dancing On Ice

Stephen Mulhern stepped in to replace Phil, which proved to be a huge hit with viewers.

Many called for the Catchphrase star to present on a “permanent” basis.

During the show, one tweeted: “Please tell me Stephen is going to be given a permanent slot on #DancingOnIce? Never thought I would tweet this but I prefer him presenting DOI compared to Phillip!”

A second wrote: “#DancingOnIce it seems to be unanimous that we all prefer Stephen to Phillip. Much better job than Phil I thought too. He’s more down to earth and funnier.”

However, others appeared to miss Phillip on the skating show.

One tweeted: “Well done to @StephenMulhern tonight, great job! I did miss @Schofe though, please hurry back!”