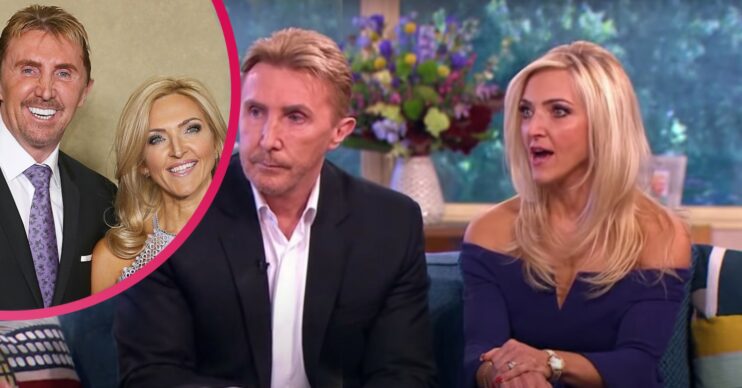 Who are Nik and Eva Speakman? Do their methods actually work?

Are their methods really better than the NHS?

Nik and Eva Speakman have divided opinion during their regular appearance on This Morning over the years.

From curing phobias of custard to fears of dying, the pair have treated all types of problems live on the ITV daytime show.

So who are the popular husband and wife duo? And do their methods actually work?

Who are The Speakmans?

This Morning’s Nick and Eva Speakman are a therapy duo who specialise in treating addiction, phobias and eating disorders.

The pair studied human behaviour together for more than 20 years and host workshops across all of the UK.

Are The Speakmans married?

Yes. Nik and Eva Speakman are married with two children.

The proud parents recently shared a photo of themselves together with son Hunter and their daughter Olivia alongside another picture of Hunter beaming while holding his GCSE results.

The family are based in Little Borough near Rochdale.

But Nik and Eva also spend a lot of time in London for work.

What technique do The Speakmans use?

The pair use their own self-developed technique called Schema Conditioning Therapy.

They use it to recondition negative thoughts or behaviour and find the root of fears.

The Speakmans believe their method is better than the NHS.

Nik said on This Morning: “We genuinely believe using our therapies in the NHS would reduce the waiting list, get people off medication and help a whole load of people.”

However, some viewers aren’t convinced it’s a genuine technique.

One person tweeted: “Making out The Speakmans cure EVERYONE they treat just adds to their unbelievability #thismorning.”

Another added that it was “irresponsible TV” to claim that the NHS service is not as good as theirs.

In 2019, Eva Speakman left Holly Willoughby in tears after an emotional interview on This Morning.

The therapist admitted that she was a victim of domestic abuse by an ex-boyfriend.

She said: “I had this huge realisation – and when I did it was quite chilling – because you know systematically it’s getting worse and worse… potentially you could end up in you being killed.

“Not necessarily with the intent of death but due to the magnitude of the violence.”

Read more: This Morning Philip Scofield and Holly Willoughby under fire for absence

Eva also explained that she was hospitalised one night after a violent attack from her ex.

The TV therapist sustained a serious head injury after being head-butted by her ex three times and falling into a metal bar.

How much is a session with The Speakmans?

While it’s unknown how much a private therapy session costs, The Speakmans host live events across the UK.

To take part all you have to do is register on their website.

You can also get in touch with them through the ITV show This Morning.

Or email them at thismorning@itv.com.

Need help from the therapy duo?

What do you think of our story? Head to our Facebook page @EntertianmentDailyFix and let us know.