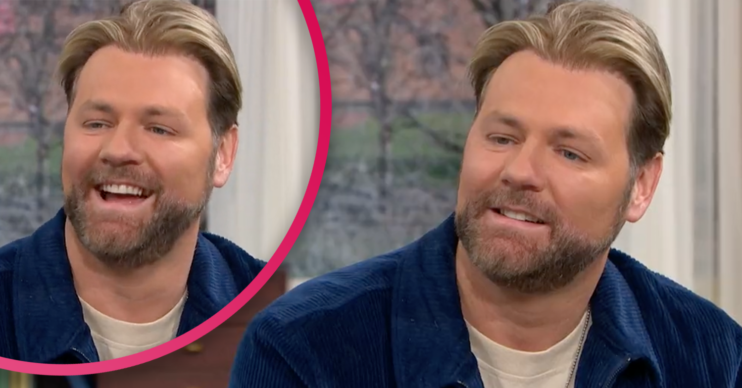 He tried Botox before and said 'never again'

Westlife star Brian McFadden shocked This Morning fans with his appearance on the show today (February 15).

Brian appeared with his Boyzlife bandmate Keith Duffy to chat about their upcoming tour.

The boys – from Boyzone and Westlife – have come together to form a supergroup.

However, instead of focussing on their new music and the tour, Twitter was alight with tweets about Brian’s appearance.

What did This Morning fans say about Westlife star Brian McFadden?

Many fans commented on Brian’s hair transplant – something he has been very open about having.

Others, though, took to the social network to question if Brian had tried Botox.

“What’s Brian done to his face?” asked one.

“Is it just Brian’s lower jaw that moves,” claimed another.

Read more: Phil and Holly under fire over another This Morning absence

“Brian McFaddens face is literally frozen 😂 a tad too much Botox?!” questioned a third.

“Oi, McFadden! Lay off the Botox!” another declared.

“Either Brian has been stung by a bee or he’s been on the Botox,” said another.

“Dear god McFadden, lay off the Botox, you look ridiculous!” said another.

“Botox McFadden,” said another of Westlife star Brian, coining a rather unfortunate nickname for the singer.

So has Brian had Botox?

Brian previously revealed that he had Botox in the past – and would never have it again.

Speaking to Woman magazine, Brian revealed he’d had it “once”.

He said he had “”a little above my eyes, but my face wouldn’t move”.

Brian then declared that he was “never doing that again”.

He said: “I looked weird. Yes, the wrinkles had gone from my forehead, but I looked like some of these people that I see in The Only Way is Essex, and they kind of look like a melted candle.”

Brian then added: “No more Botox for me! I’m going to try and age gracefully now.”