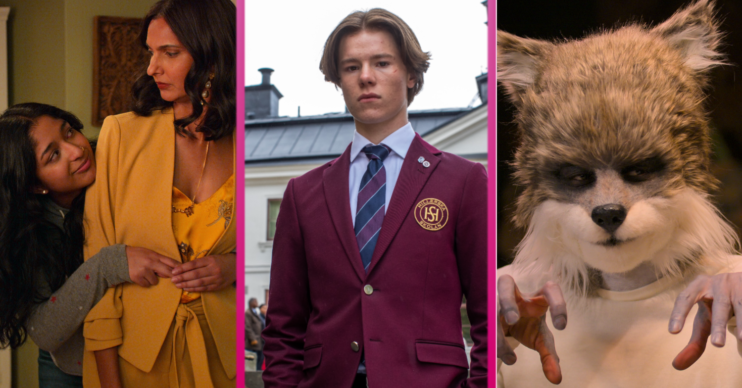 Netflix in July 2021: Everything arriving from Never Have I Ever to Sexy Beasts

From horror to a teen love story, Netflix has you covered for this month.

You can’t say there’s nothing to watch on Netflix this July – because once again, these streaming service giants have every genre covered.

Whether you want a bit of horror to get the adrenaline going, a rom-com for you to get behind, or a drama about a prince evading his Royal duties, there’s something for everyone.

Netflix in July 2021 is chock full of everything – from magical fantasy series to raunchy reality shows sure to get you hooked.

So, what are you in the mood for?

Here’s everything you need to be checking out this month.

What TV series are coming to Netflix in July 2021?

Prince Wilhelm arrives at a prestigious boarding school and starts dreaming of a future away from his Royal life.

Always up for some drama and causing mischief, he feels like his time at Hillerska could shape him into who he actually wants to be.

But then a disaster occurs, and he is suddenly next in line for the throne.

Which unfortunately ties in with him finding love for the first time.

The sugary-sweet melodrama is back with a bang following the cliffhanger shooting at the end of season two.

While Netflix hasn’t told fans much, we know that our central couple Mel and Jack have a new issue in their romance from the trailer.

Read More: Too Hot To Handle season 2: Who are the new arrivals and where can we find them on Instagram?

Should they have kids? Or can they at least reach an agreement about it?

The team have also teased: a funeral, a fire, a divorce, a hurricane and a new romance.

Will the couple be able to make it last?

Mindy Kaling rom-com Never Have I Ever is back – and Devi has a big problem on her hands.

Is she going to pick school hottie Paxton, or her former nemesis-turned-confidante, Ben?

That’s before we even get into her rebuilding her relationship with her mother.

This year’s season has already made headlines after Chrissy Teigen dropped out last minute from a cameo… so who is replacing her?

Not too much longer to find out.

The Masked Singer and First Dates blend together for the strangest dating show ever in Sexy Beasts.

In each episode, one singleton has to date three potential suitors, knocking one out at a time until just one remains.

The biggest catch is they’re all in Hollywood prosthetics as they do it.

Making scenes around London bars, will this unique brand of dating prove to be just what people need to break the ice?

Outer Banks is back with the Pogues heading on a new adventure together.

At the end of the first season, John B and Sarah set off for a new life on the run in the Bahamas.

With $400million in the balance, the teens are in over their heads – so will they be able to reunite with their gang?

Or will they even be able to make it out alive?

Audible follows Amaree McKenstry, a promising athlete at Maryland School for the Deaf.

Under pressure to perform in the classroom as well as the football field, Amaree and his friends do their best to get through things together.

But the tragic death of one of their own leaves them all shaken in their final year of school.

The film follows life of the gang as they triumph over adversity and make themselves heard in a world where the deaf can be ignored.

What films are arriving on Netflix in July?

During the initial installment, a group of teenagers discovers the terrifying events that have haunted their town for generations ​may all be connected.

What’s worse? They could be the next targets.