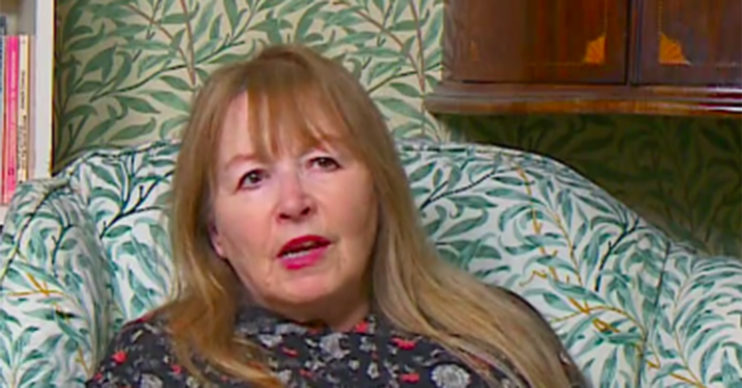 Gogglebox star Mary Killen has had to speak out after a raunchy photo went viral.

A black and white photo depicting a seductive glamour model circulated on Facebook.

Read more: Scarlett Moffatt hits back at trolls as she reveals new teeth

Many assumed it was Gogglebox star Mary, with some commenting that she “was a sort” among other cheeky remarks.

However, all is not as it seems, as the 1975 photo is actually of the late model Susan Shaw.

How did Mary respond to the fake photo?

The photo originally went viral last year, and a spokesperson for Mary said she was flattered by the comparison.

They said: “We have checked with Mary and although hugely flattered, it’s not her.

Read more: How much do Gogglebox stars get paid?

“It is a model called Susan Shaw.”

But Mary is believed to have done some modelling in her youth, prior to becoming a journalist.

However, she appears to see the funny side in all of this, as she recently answered a question about naughty photos.

Serving as an Agony Aunt for The Spectator, Mary was asked about the very subject.

What does Mary think of raunchy photos?

A reader asked: “What should my wife and I do with the risque photos we took in our youth?”

Mary rather sensibly advised: “No child wants to dwell on the idea that their parents might have had sex lives.

“Great-grandchildren, however, are fascinated to see vintage physiques, particularly if their ancestors were good physical specimens.

“So, as long as they are not pornographic, keep them in an archive to be opened in 2050.”

While writing for The Telegraph, she likened her current lockdown state to that of a zombie.

And she said sometimes her frustration leads to shouting at Giles and even arguments.

Mary explained: “The arguing has remained steady over all the lockdown, however.

“Giles is not allowed to knock on the kitchen ceiling (the bathroom is above it) to ask what I am doing in there but he still does.

Later adding: “And the shouting ratchets up the incivility-ometer and makes everyone tetchy.”