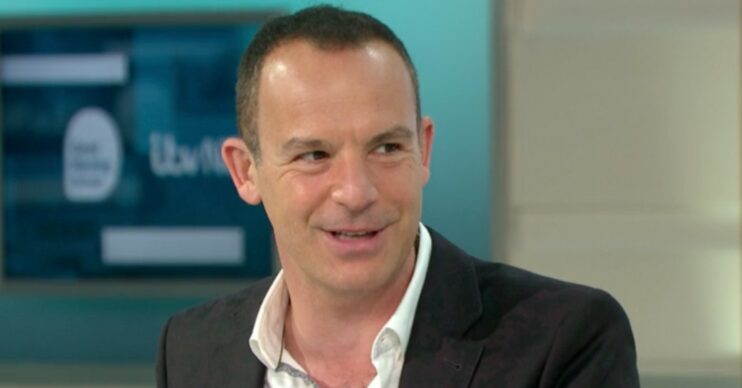 Martin Lewis has outraged GMB viewers today (June 28), as he made his hosting debut.

The Money Saving Market expert joined the ITV panel alongside co-host Susanna Reid for the first time on Monday.

However, some viewers couldn’t help but comment on his attire.

Martin, 49, seemingly caused a stir with fans after sporting a white shirt and a black blazer.

But something was missing – his tie!

I won’t wear a tie because it appears corporate

Susanna then added: “I think you’re much more worried about it than the problem… it doesn’t sound that serious, you sound absolutely fine. Does it prevent you from wearing a tie?”

However, the presenter went on to explain.

He said: “Wow, two minutes in and she’s already started!

“Look, the tie thing is interesting because the bosses said, ‘Are you going to wear a tie? It’s part of our format to wear a tie’.

“And I’m not disrespectful of the programme’s structure, but in what I do, because I talk about money as the day job, I’ve always had a deliberate thing.”

Furthermore, Martin explained: “I won’t wear a tie because it appears corporate and when you’re talking money, I want people to understand that I’m not on the corporate side. I’m on the other side.”

However, some GMB viewers weren’t pleased with his decision.

On Twitter, one said: “Why isn’t Martin Lewis wearing a tie for God’s sake!”

Another added: “Put a tie on Martin Lewis you look unkempt & remember you’re not representing yourself but an institution @GMB.”

Martin Lewis should wear a tie much smarter more presentable.

A third wrote: “Martin Lewis should wear a tie much smarter more presentable.”

A fourth shared: “Can someone tell Martin Lewis that a man in a suit without a tie looks like an alcoholic.”

One said: “No tie is not necessary as long as the presenter knows what he is doing! Clearly Martin Lewis does. So let’s keep Martin Lewis!”

A second tweeted: “Really like Martin Lewis. A down to earth guy. He looks great without his tie. Let him be himself and comfortable.”

A third wrote: “I don’t think Martin Lewis should have a tie on. He looks smart without one on.”

Martin Lewis on @GMB a breath of fresh air, very concise and explains things in layman's terms, also seems like he won't take no crap.

Furthermore, some viewers called for Martin to permanently present the show.

Another commented: “Watching @GMB and Martin Lewis has been the best co-presenter so far. He’s not shouty, doesn’t talk over others and has built a great on-screen chemistry with Susanna almost immediately. Wonder if they’ll offer him the permanent gig?”

A second shared: “Martin Lewis has been awesome on GMB. He should be a regular.”

A third added: “Martin Lewis is my favourite presenter on @GMB so far.”