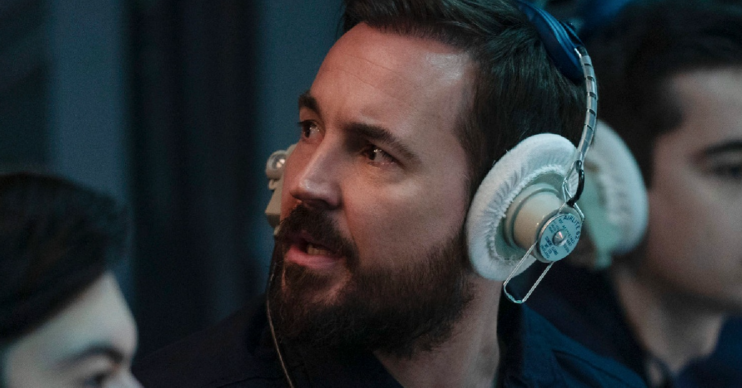 Martin Compston in Vigil: Is Line of Duty star married and does he have children?

He could have become famous for a very different career

Martin Compston stars in new submarine thriller Vigil on BBC One this weekend alongside the likes of Suranne Jones and Shaun Evans.

But how did Martin become famous and is he married?

Here’s everything you need to know about the Scottish star…

But as a teen he auditioned for legendary filmmaker Ken Loach’s 2002 film, Sweet Sixteen, which was being filmed nearby.

He won the lead role and the film’s success at that year’s Cannes Film Festival propelled him onto a wider stage.

Martin then won a regular role in BBC One’s Monarch Of The Glen, and other roles followed.

But it was in 2012 that he truly became a household name when he landed the role of DS Steve Arnott in police drama, Line of Duty.

Running for a decade and six series, in between Martin starred as serial killer Peter Manuel in ITV’s In Plain Sight, BBC One’s The Nest and Traces on Alibi.

Could he have been a professional footballer?

It could have been so different for Martin if he hadn’t auditioned for the part in Sweet Sixteen.

A promising footballer growing up, he was part of the youth team at Scottish Premier League side Aberdeen.

But after he left school he signed professional terms for local team, Greenock Morton.

He went on to make two league appearances for the team.

Is Martin married and does he have children?

Martin is notoriously private about his personal life, but we do know he married Tianna Chanel Flynn in 2016.

Back in June, she said captioning a snap and herself and Martin at the races: “Thank you for a wonderful Anniversary Weekend Celebration and Happy Father’s Day @mrmartincompston

Tianna is an aspiring actress and estate agent.

The couple has one son together, born in 2019, and they live in Las Vegas.

What can you see Martin Compston in after Vigil?

Since Line of Duty finished, Martin has a flurry of new projects in the pipeline.

As well as Vigil and a new series of Traces, it was announced he would star in ITV thriller Our House.

Read more: Martin Compston announced as lead in new ITV thriller Our House – but what’s it about?

Starring alongside Ruper Penry-Jones and Tuppence Middleton, it’s based on the best-selling novel by Louise Candlish.

What do you think of Martin Compston in Vigil? Leave us a comment on our Facebook page @EntertainmentDailyFix and let us know what you think of this story.