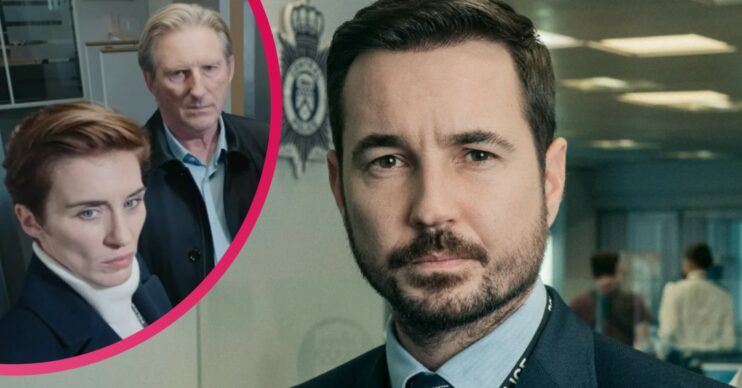 It sadly isn't for a new series, though!

Martin Compston is set to reunite with his Line of Duty co-stars Vicky McClure and Adrian Dunbar.

It’s been almost one year since the last series of the hit crime show aired on BBC One.

Taking to Instagram today (February 12), Martin explained the real reason behind their upcoming reunion – and it doesn’t involve filming a new season!

Martin, 37, explained that he is reuniting with his co-stars for a charity event in Scotland.

As well as Vicky and Adrian, the group will also be joined by LoD writer Jed Mercurio.

Martin shared the news with fans alongside a picture of the AC12 team.

The actor wrote: “Chuffed to bits the Line Of Duty team are coming to Inverclyde for an evening with AC12 for @ardgowan_hospice.

“Myself @vicky.mcclure and Adrian will be joined by the maestro Jed Mercurio onstage at Port Glasgow Town Hall on Saturday March 19th.”

He went on: “@gordonsmart will be firing out the questions before we open it out to the audience. Should be a belter! Tickets on sale next week hopefully see some of ya there.”

How did Martin’s followers respond?

Fans of the show appeared thrilled over the announcement.

Taking to the comments, one said: “What a fabulous event for a very worthy cause. You’re a true gent Martin.”

Another added: “Awesome! That’s going to be a sell out! Great for the hospice.”

A third wrote: “This is brilliant!”

A fourth shared: “Awesome! Great cause and it’d be amazing to see the three of you together especially with your real accent!”

Martin is best known for playing detective sergeant Steve Arnott on the show.

Meanwhile, it comes after Vicky failed to address rumours of an upcoming series.

During a recent appearance on This Morning, Phillip Schofield asked: “I assume if the script was there and the idea from Jed [Mercurio] was there, then you would all say yes.

However, Vicky failed to give a straight answer and dodged the question.

She responded: “Yeah and I would love to go again. It would be weird when the day does come that we may never not go again.

“Not to work AD, Martin and Jed would be weird – we’ve done it for 10 years! It’s insane really.”