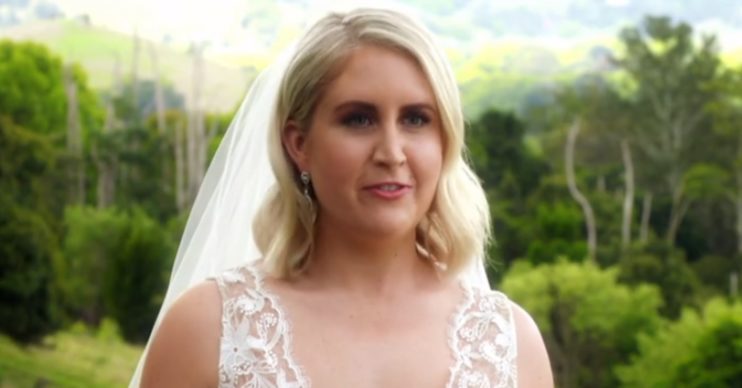 She was famously matched with Matthew Bennett

MAFS Australia star Lauren Huntriss has revealed she is considering a sperm donor after her failed marriage.

The 34-year-old reality star was famously matched with virgin Matthew Bennett on the E4 dating series.

Now, Lauren has admitted she is looking to start a family of her own.

MAFS Australia: What did Lauren say?

Opening up to her Instagram followers, Lauren asked a series of questions on sperm donation.

She said: “OK serious question/s about babies. Have any of you gone through the process of finding a donor?

“Was it successful for you? Do you have any regrets? Would you recommend other women to consider this option?”

Have any of you gone through the process of finding a donor?

Furthermore, Lauren shared: “I turned 34 yesterday and my biggest fear is to be an old mum who can’t keep up energetically. I’m already tired.”

However, some fans were concerned Lauren may be rushing the process.

She later addressed the responses by insisting the timing was right.

Responding to a follower, she wrote: “To all the people telling me I have plenty of time don’t stress…”

In addition, she added a screenshot of an article about fertility.

It read: “Women lose eggs each month – about a thousand a month after puberty – and by age 35 have only about 6% of their remaining egg count.”

Matthew was a shy virgin when he went onto the show at the age of 29.

During the experiment, he was partnered with adventurous bride Lauren and they initially found a spark.

It was going great between them and they ended up sleeping together.

However, their relationship quickly soured and the couple split before their second commitment ceremony.

Meanwhile, it quickly became clear that they were two very different people.

At the time, an insider claimed that their first time together was “awkward”.

And they added that Lauren was after a “manly man”.

They told New Idea: “Their first time together was actually more awkward than romantic. When it comes to the bedroom, she is really adventurous and open to anything, even threesomes and intimacy with the same sex.

“She’s looking for a manly man, and unfortunately Matt’s lack of experience didn’t meet her expectations.”