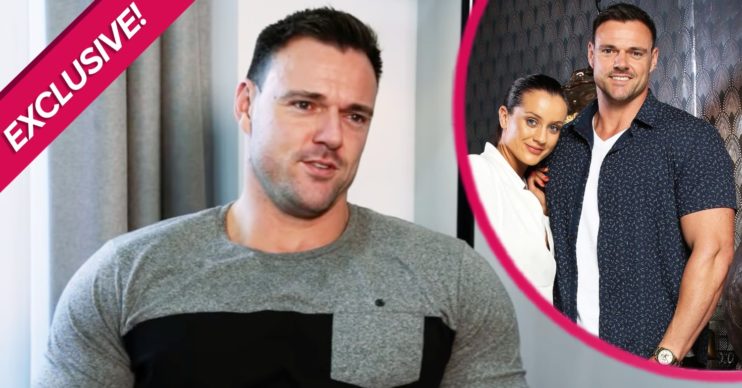 The reality star has dished the dirt on their disastrous marriage

MAFS Australia star Bronson Norrish has opened up on his complicated relationship with Ines Basic.

The 35-year-old reality star was matched with Ines, 30, on the Aussie dating series back in 2018.

But while the pair appear to be on civil terms now, Bronson exclusively revealed how the star once “trolled his family.”

The couple were set for disaster from the start.

On their wedding day, Ines told him: “Hi Bronson, can we get rid of your eyebrow ring please?”

And it appears things didn’t improve between the pair.

During the series, the outspoken star later embarked on an affair with Sam Ball, 27.

However, Bronson tells Entertainment Daily he doesn’t hold any grudges.

He exclusively revealed: “I don’t hold any ill feelings towards anyone on the show.

“But due to Ines trolling my family, my dad and I online for months, I had to beg producers to stop her.

“I do not think she is a very nice person.”

Meanwhile, Bronson was keen to set the record straight on his tragic past.

It has since been revealed the star suffered a series of devastating blows, including the deaths of three family members.

Bronson’s mother Sancha died in hospital in 2003 of a bowel obstruction.

In 2003, his brother Sasha was murdered, and in 2007, sibling Brodie died in mysterious circumstances.

But he wasn’t prepared to let his family tragedy get in the way of the show.

He explained: “Producers only found out about my family history once they had started filming and kept trying to milk it.

“It was at the wedding my father and I had to say, ‘Enough is enough as this was not what we came here for.'”

However, his loved ones have been nothing but supportive throughout his reality TV journey.

Furthermore, Bronson shared: “I am very lucky to have an amazing family and supportive friends.

“My family and I have been through much worse than an abusive marriage. It would take much more than that to make us need therapy.”

He added: “I would love to do another reality TV show, but I would definitely be doing my research. It wouldn’t be a bloody dating show that’s for sure.”

Bronson opens up on his love life

Although his relationship with Ines didn’t go to plan, the reality star is happily dating girlfriend Hayley Wallis.

The couple have been together for two years.

Opening up on their romance, he said: “I’m glad Hayley had never watched the show before meeting me. We hit it off immediately.

“It took me three so called experts to realise what I did not want.

“But it took one glance across a room at Hayley to realise what I did.”

Nevertheless, Bronson admitted he still owes a lot to the team at MAFS.

He concluded: “I have been able to do some amazing charity work due to being on MAFS.

“Even though I would never go back on the show again, I’m grateful to have been able to raise us much money as we have due to the publicity.”