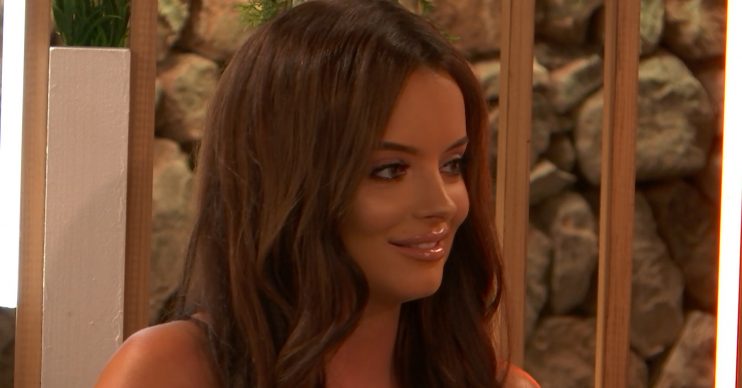 How will Amy react?

At the end of last week’s dramatic Love Island it was very clear Maura Higgins had her sights firmly set on newly single Curtis Pritchard.

And in a preview for tonight’s (Sunday July 7) episode she makes her move.

First asking Curtis to teach her to dance, they cha-cha around the garden, with jealous Amy watching their every move.

It seems the green-eyed monster isn’t putting Maura off though when later in the evening she tells Lucie: “I think I fancy him even more after today.”

As both Maura and Lucie decide to tell their current partners, Marvin and George, they aren’t feeling it, Marvin’s angry reaction shocks Maura – and pushes her even further into Curtis’s arms.

Knowing things are definitely over with Marvin, Maura decides the time is right to confess all to Curtis.

She pulls him for a chat and tells him how she feels. But does he feel the same?

He admitted when she first arrived in the villa that he had ‘slid into her DMs’ in January, but she’d never responded, so he’s obviously physically attracted to her – but now he knows her, will he break Amy’s heart even further and crack on with her friend?

And what will fans at home think if they do get together?

Viewers have accused the show of being ‘fake’ and ‘staged’ over this romance – will this add fuel to the fire?

Meanwhile, Anna is still torn between Ovie and Jordan, but Ovie’s not impressed with the way she’s been behaving – and it pushes her into Jordan’s arms.

Making her decision, Anna passionately kisses Jordan – but how will Ovie react?

Joanna also wants Michael to put Amber straight about where they stand more clearly this time. But which woman does he really want?

And, the islanders are in for a treat when Craig David shows up to DJ a party for them.

Will this put a smile on their faces and help them lay tensions to rest?

Love Island is on ITV2 tonight at 9pm, followed by Aftersun with Caroline Flack at 10pm.

Do you think Curtis should crack on with Maura? Leave us a comment on our Facebook page @EntertainmentDailyFix and let us know what you think!