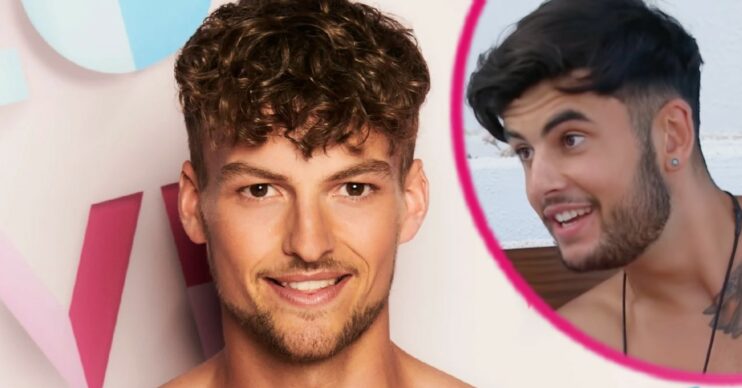 All the gossip from the villa...

The 24-year-old from Hampshire swapped teaching for catching a tan on the ITV2 series this week.

But what does his work colleagues make of the change?

During last night’s challenge, Hugo admitted to a series of saucy confessions.

At one point, he confessed to having sex with a partner in the middle of a road.

Meanwhile, he also told the Islanders he once kissed 10 women in one night.

Following the revelations, his school have revealed he won’t be back.

A spokesperson for Blundell’s School told the Daily Star: “Mr Hammond was here on a very short placement during his teacher training in the Spring Term. He was not employed by the school.”

The spokesperson declined to reveal more, adding: “We have no further comment to make.”

Hugo previously spoke about his job during the show’s VT.

He said: “I would definitely say that I am a cool teacher. I have never asked a girl to call me Mr Hammond.

“I don’t think I could do it without laughing, so I’m definitely not going to be doing that any time in the near future.”

In addition, Hugo added: “It’s definitely going to be a Mr Hammond summer. No detentions, all fun, top marks. That’s the dream.”

Furthermore, Hugo is the first physically disabled contestant to appear in the villa.

The star was born with clubfoot, a condition in which a baby’s foot is twisted out of shape or position.

The reality star appeared in the villa during series four, before departing after one week.

Now, Niall has claimed the series failed to help him avoid a stress-induced psychotic episode.

According to the star, he wasn’t provided with plain food at mealtimes and music to help him calm down.

Furthermore, a spokesperson for Love Island told ED!: “We fully supported Niall during and after he left Love Island and in line with his and his family’s wishes. Our medical suppliers are contracted to look after the health and wellbeing of our Islanders.

“Welfare and duty of care towards our contributors is always our primary concern, and we have extensive measures in place to support the islanders before, during and after their participation on the show.

“We have continued to evolve our process with each series, as the level of social media and media attention around the islanders has increased, which includes enhanced psychological support, more detailed conversations with potential Islanders regarding the impact of participation on the show, bespoke training for all Islanders on social media and a proactive aftercare package.”