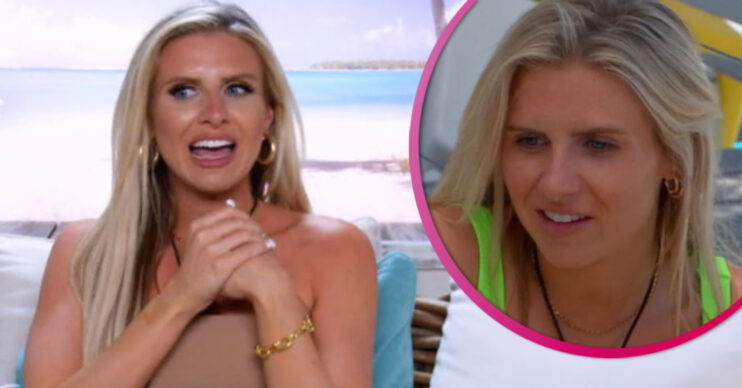 Love Island bombshell Chloe Burrows made her entrance in the villa last night as the boys appeared to have their heads turned.

During last night’s show (June 29), Chloe got to choose a boy to couple up with meaning one girl would be left single.

Who Chloe chose will be revealed in tonight’s episode (June 30).

However, as Chloe made her appearance on the ITV2 reality show, many people defended her after some criticised her voice.

What did Love Island viewers say about Chloe?

Some viewers threatened to switch off.

Read more: What the Love Island villa looks like around the world – the UK version’s isn’t even the coolest!

One person said: “After this episode they better stop focusing on Chloe because I will switch off. Her voice is so annoying.”

Another wrote: “The new girl has the most annoying voice going to switch off if it does not get better.”

A third added: “I can’t stand her voice, I want to turn off my TV.”

After this episode they better stop focusing on Chloe because I will switch off. Her voice is so annoying #LoveIsland

However, others loved Chloe on the programme and defended her against trolls.

One gushed: “I absolutely love Chloe.”

Another commented: “I personally think Chloe is great! Her and Faye are the only ones so far showing banter and not afraid to go for it.”

One said: “[Bleep] people can be so horrible! Can everyone just watch without giving hate.”

One person added: “You may not like her, but remember that she’s human too and words hurt. It’s a shame you lot judge people over the most stupid things.”

What happened during last night’s show?

Chloe enjoyed a date with all five boys last night before she entered the villa.

The following day, she got to know them individually ahead of the first recoupling.

At the end of the episode, Chloe was first to choose a boy to couple up with.

However, it ended on a cliffhanger with viewers having to wait until tonight to see who she chose.

However, viewers are already predicting who Chloe may have chosen.

One person said on Twitter: “Going to guess Chloe is going to choose Brad.”

Another suggested: “My prediction is Chloe’s gonna choose Jake but then Jake will say he’s not interested and crack on with Liberty again.”

Are you enjoying Love Island so far? Leave us a comment on our Facebook page @EntertainmentDailyFix and let us know.