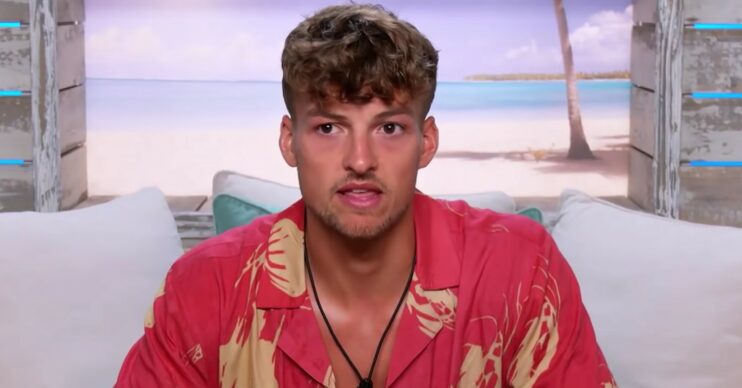 The 24-year-old teacher from Hampshire has won over viewers on the ITV2 dating series in recent weeks.

But despite being a hit with the public, Hugo barely featured on Sunday’s show (July 11).

Hugo is yet to find love in the famous villa.

The PE teacher is currently coupled up with Chloe, who has since hit it off with Toby.

Reading out a text, he said: “Islanders, tonight there will be a recoupling. The boys will each choose which girl they want to couple up with.

“The girl not picked to be in a couple will be dumped from the Island #noregrets #agirlsgottodowhatagirlsgottodo.”

He then joked: “You can all book your appointments, I’ll be waiting.”

However, some viewers were disappointed over Hugo’s brief stint.

Taking to Twitter, one said: “Someone file a missing person report for Hugo #LoveIsland.”

A second wrote: “Hugo barely on screen? Not even two mins! IS HE OK? #LoveIsland.”

A third added: “Hugo’s actually disappeared – ITV where is he?? #LoveIsland.”

In addition, a fourth raged: “Where’s Hugo? Why are we watching the same boring chat over and over again #loveIsland.”

Another shared: “Where’s Hugo this episode, missing him!”

some one file a missing persons report for hugo #LoveIsland

I’m convinced the producers just hate Hugo because tell me why he only got about 1 second of screentime…I’m convinced this is a personal grudge against the guy #LoveIsland pic.twitter.com/vSLr9Ok1Sm

Furthermore, one claimed the show’s producers held a ‘grudge’ towards Hugo.

They said: “I’m convinced the producers just hate Hugo because tell me why he only got about one second of screen time…

“I’m convinced this is a personal grudge against the guy #LoveIsland.”

Meanwhile, it comes days after viewers threatened to complain to Ofcom over Hugo.

Last week, fans were left fuming after the teacher was brutally snubbed during the Line Of Booty challenge.

The Love Island game involved the girls dressing up as police officers, before choosing a boy to interrogate.

Hugo was the only boy not to be picked, meaning he was left standing by himself.

Following the game, he admitted: “Not humiliating at all.”

At the time, one fumed: “Legit feel like writing a letter of complaint to Love Island and Ofcom about poor Hugo #LoveIsland #Hugo #GetHimAMissus.”