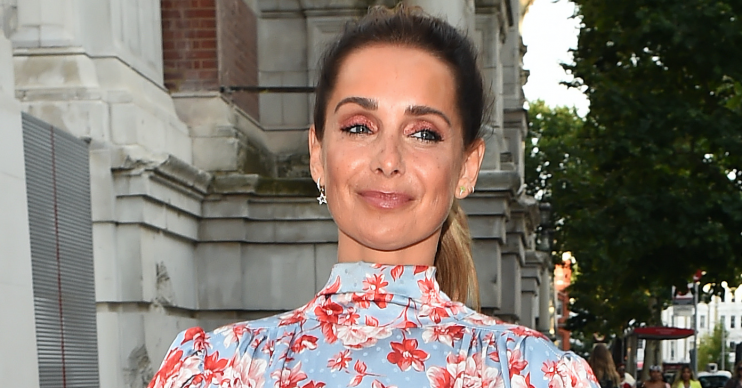 Louise Redknapp had plenty to smile about as she arrived at Simon Cowell’s annual summer party at the V&A last week.

Looking gorgeous in a pale blue floral minidress, it seems Louise is keen to land a high-profile TV role.

The star is currently starring in 9 To 5 The Musical in London’s West End.

But now, with music mogul Simon getting ready to launch the revamped celebrity version of The X Factor this autumn, it seems he has set his sights on recruiting the former Eternal singer as a judge.

Read more: Scarlett Moffatt hits back at trolls after vowing to ‘block the haters’

And, Louise revealed, it would most definitely be a yes from her should Mr Cowell offer her one of TV’s most coveted roles.

Speaking at the party, she revealed that she loved the show, saying if she was asked to join the judging panel, she wouldn’t hesitate when it came to saying yes.

She told The Mirror: “I love The X Factor, I think it’s brilliant, I would definitely be up for being a judge on it. For sure.”

Read more: Robbie Williams and his family caught up in Vegas earthquake

She added of her potential new boss: “If Simon can make it happen that would be great.”

Simon attended the party with his girlfriend Lauren Silverman. The pair share son Eric together.

It came after Ent Daily reported that Ben Foden, Thom Evans and Levi Davis are reportedly being lined up to join the celebrity singing show as a boy band.

If she were to land the new role, it would mark something of a turn in fortunes for Louise.

The star recently faced a £1k fine after reportedly running a red light in her Range Rover.

And, back in the summer of 2017, she split from her former footballer husband Jamie Redknapp, amid claims she had grown close to her Strictly Come Dancing parter Kevin Clifton.

Let us know what you think about Louise’s potential new role over on our Facebook page @EntertainmentDailyFix!